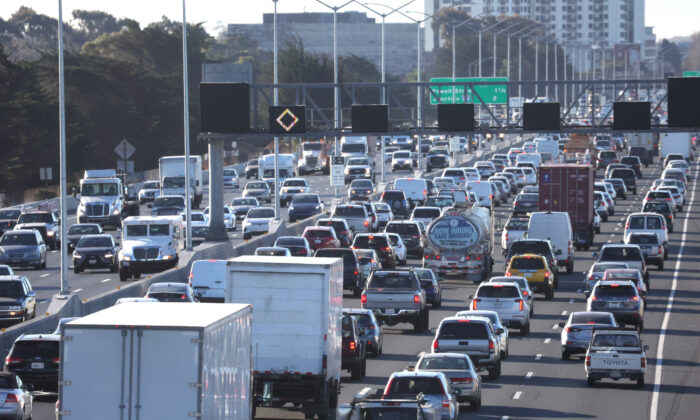 Authorities in California extended a “Flex Alert” telling residents to conserve energy, including not charging their electric vehicles, on Sunday afternoon and evening.

The alert has been in effect for several days in the midst of a heat wave that is slated to last through Labor Day.

The California Independent System Operator, the manager of the state’s power grid, issued the statewide Flex Alert from 4 to 9 p.m. Residents are urged to set their thermostats to 78 degrees Fahrenheit or higher, avoid using major appliances, avoid charging electric vehicles, and turning off unnecessary lights.

“Additional Flex Alerts will likely be called as heat will only intensify through Tuesday, with little relief from triple-digit temperatures seen over the next several days,” the operator wrote. “Daytime high temperatures are forecast at 10-20 degrees above normal in much of the state through the Labor Day weekend and into next week, and record-breaking heat is projected in some parts of California.”

Elliot Mainzer, Cal ISO president, told local media this weekend that Sept. 1 saw the “highest demand for power” since September 2017 in California, adding that it’s “a dress rehearsal for what’s going to be much more significantly stressed conditions here as we get into the heart of the weekend.”

The National Weather Service says 100-degree temperatures are currently hitting Los Angeles, the state’s most populated city, on Sunday. Sacramento and other areas in the Central Valley, meanwhile, are forecast to hit 113 degrees F on Monday and Tuesday. San Jose, another heavily populated city, will see temperatures over 100 F on Monday and Tuesday.

In recent years, the California grid operator has issued flex alerts and made similar statements calling on residents to hold off on charging electric cars.

The operator in mid-July 2021 posted a Twitter message that Californians between 4 p.m. and 9 p.m. should not charge their electric vehicles and other devices.

After Cal ISO issued Flex Alert targeting electric vehicles last week, the move prompted some to criticize a regulation that was passed recently by the California Air Resources Board to phase out the sale of new gas-powered vehicles by 2035 in favor of electric vehicles and some plug-in hybrids. The rule was backed by Democrat Gov. Gavin Newsom, who hailed the vote.

Some automotive groups say the new statewide mandates will be very challenging to meet. Other critics noted the recent issuance of Flex Alerts suggests a transition to electric vehicles is not feasible.

Several unnamed California drivers who were interviewed by KTLA-TV questioned the 2035 mandate amid the continuous days of Flex Alerts.

“If we can’t do these things today, how are we going to do when everything needs to be electric?” one driver asked last week.

“Unless you have a home charger it’s an absolute disaster,” an electric vehicle owner, named Rebecca, told the station.