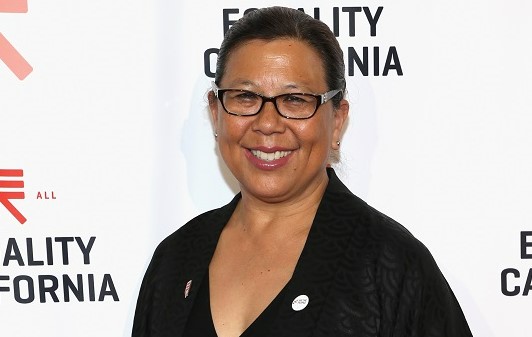 California Controller Wrote 49 Million Checks, but Claims She Can’t Locate Any of Them

As California state controller, Betty Yee’s job includes being “responsible for accountability and disbursement of the state’s financial resources,” according to her office’s official website.

Yee’s office issued 49 million checks in payments worth $320 billion in 2018 in her capacity as “chief fiscal officer” for the state whose economy is the fifth-largest in the entire world. The state’s 2020 budget was $208.9 billion, but Yee’s office payments often cover multiple-year obligations.

Her job description also makes her “responsible for auditing all funds disbursed by the state and all claims presented for payment to [her office]. Performs independent audits of government agencies that spend state funds.”

Given Yee’s job duties and actions, Open the Books Chairman Adam Andrzejewski may be forgiven for being mystified by the California State Controller’s claim to be “unable to locate or otherwise provide” documentation of any of those payments.

“The State of California, State Controller’s Office does not maintain a centralized vendor contract database which would allow it to identify all contracts regardless of the agency awarding such contract,” Yee’s general counsel Richard Chivaro told Andrzejewski’s group in a Nov. 6, 2019, letter.

That letter was in response to a series of requests made by Open the Books beginning in 2013 under the California Public Records Act (CPRA).

Open the Books’ requests sought documentation—a “line-by-line state checkbook”—of California’s massive state government spending. To date, California is the only one of the nation’s 50 states that haven’t produced such documentation in response to the Burr Ridge, Illinois-based nonprofit’s efforts to make public “every dime online in real time” of spending by government at all levels in the United States.

“Moreover, the Controller’s Office receives literally thousands of claims for payment daily. Claims are batched by date received and are not segregated, logged, or otherwise tracked by agency, employee, or payment type.

“Consequently, because of the way the claims are batched and processed by this office, we are unable to locate or otherwise provide you with the documents requested.”

The group is represented in the suit by the Cause of Action Institute, a public interest law firm that litigates on behalf of government accountability and individual liberty.

“Despite repeated attempts to obtain an adequate response from the Controller, Plaintiffs have instead faced at various points delay, silence, obfuscation, and inadequate justification for the agency’s refusal to provide a reasoned determination and responsive records,” Open the Books told the court.

“Plaintiffs first filed a CPRA request for state checkbook data in 2013—over six years ago—but, to date and after repeated requests, the Controller has failed to disclose any relevant records.

“It is beyond dispute that the public records at issue are subject to disclosure under the CPRA, notwithstanding the Controller’s protests. The situation now requires judicial intervention.”

Andrzejewski told The Epoch Times on May 13, “COVID slowed our suit down, but we’re pushing for summary judgment now because we think we will win.” He didn’t know when the court would issue a decision on a summary judgment motion.

“We’ve sued two other states, we expect to win in California, and we’re undefeated in these suits,” Andrzejewski said.

He noted that, while California’s Yee is a Democrat, the officials involved in the other two states—Illinois and Wyoming—that required litigation to obtain requested spending records were both Republicans.

In Wyoming, he said, Open the Books sued “State Auditor Cynthia Cloud, who claimed ‘it would take years and years for the state to produce its checkbook.’ By taking this anti-transparency stance in Red Wyoming, Cloud made herself politically toxic and never ran for office again.”

Open the Books required no litigation to obtain spending records it sought from the other 47 states, he said. The group also regularly receives spending data from virtually all of the nation’s 500 most populous cities.

“We even get the checkbooks from the historically, systemically corrupt Port Authority of New York and New Jersey,” Andrzejewski said. “We do get the second set of books from there.”