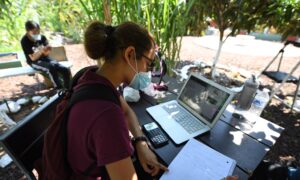 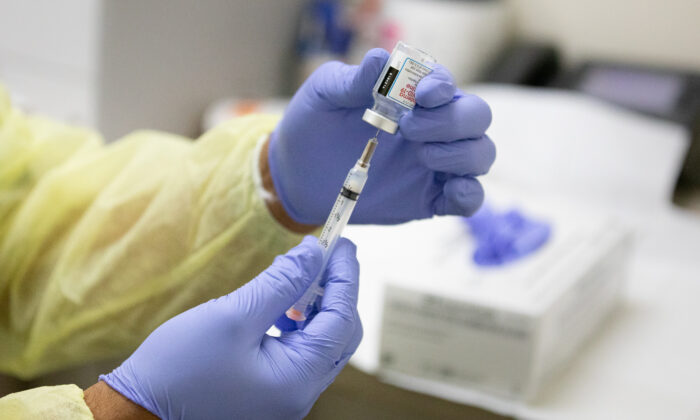 Some students across California school systems are concerned about recently implemented requirements to get the COVID-19 vaccine prior to stepping foot on campuses again in the fall, saying it should be their decision what they put in their bodies.

The University of California (UC) and California State University (CSU) systems announced in July that they would be requiring all students and staff to be fully inoculated against COVID-19 by the fall semester, backtracking on their statements earlier this year that vaccinations would not be mandated unless one of them was given full approval by the Food and Drug Administration (FDA).

“There is no alternative here for anyone who doesn’t want to get the vaccine,” James Barr, president of Cal State Fullerton College Republicans told The Epoch Times.

“It’s something that every student has to get now in order to continue their education, which I find repugnant in terms of [the school] administration. I don’t believe that any student should be mandated to take a vaccine in order to get their education out of the way,” he said.

Students plan to protest the vaccination requirements on Fullerton’s campus Aug. 7, requesting either that the rules be changed, or students at least be given the option to wear a mask instead. At this point, not all classes are available online, so not every student can continue their online education if they choose not to get vaccinated.

Barr said the point of the protest is not to oppose vaccines or tell others not to get vaccinated, but to fight for people’s right to make their own medical choices.

“Whatever happened to ‘my body, my choice’?” Amanda McGuire, field director for Lincoln Club Institute, a nonprofit working to connect students with resources to fight back against vaccine mandates, told The Epoch Times.

“All students want restored is the human right to control what goes into their own bodies. We have yet to understand the effects of such a mandate as this, but they are sure to do more harm than good in every way.”

Not all students are against the mandates though, as some say they’re necessary to keep the virus from spreading.

“I think it comes down to a matter of safety more than anything, regardless of where you stand on the issue,” Josh Mitchell, president of Associated Students Inc. at CSU Fullerton, told The Epoch Times.

“I think the university can’t in good conscience open up [without everyone vaccinated] considering how big our campus is. We have 45,000 students on campus next year and around 3,000 staff and faculty. Considering [that], if students are not vaccinated, we will have potential outbreaks, and because of that I believe that’s where the decision came from.”

Mitchell said he personally hasn’t received any messages from students who have been unable to continue their education due to not being vaccinated, but he wants to work to advocate for those students.

For some students, their opposition to the vaccines has less to do with their potential side effects and more with how they were developed. Lloyd Labriaga, president of Students for Life at UC Irvine, told The Epoch Times that because the vaccines were developed using fetal cell lines that originally come from abortions, many pro-life students don’t want to take them.

According to the Los Angeles County Department of Public Health: “In various stages of vaccine development and manufacturing, some of the COVID-19 vaccines used cells originally isolated from fetal tissue (often referred to as fetal cells), some of which were originally derived from an aborted fetus,” as stated in a recent fact sheet (pdf).

“The use of fetal cell lines is a very sensitive and important topic within some faith communities and among individuals with concerns about the ethics of using materials derived in this way.”

Labriaga also said that college students, who are typically young and don’t usually have severe reactions to COVID-19, should not be the target demographic for vaccine mandates.

“Most college students are very young, and we’re at the lowest risk levels from COVID. So why is UCI forcing us to take vaccines, wear masks, and social distance? All these three things for an age group that’s not likely going to get affected badly from it.”

CSU Fullerton didn’t immediately respond to a request for comment from The Epoch Times.