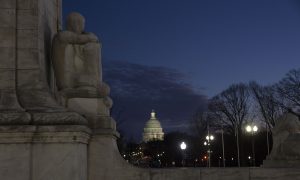 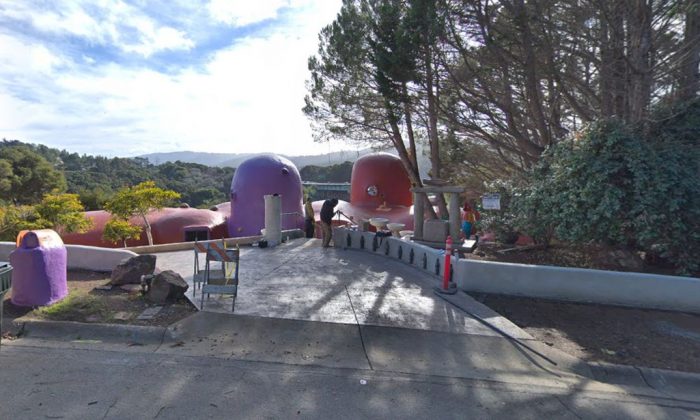 The owner of a “Flintstones” house—a home that was designed to look like the famed cartoon—was sued by the city of Hillsborough, California.

The Chronicle noted that the home, built in the 1970s, is located on a hillside at 45 Berryessa Way that’s visible from Interstate 280 and it overlooks Lower Crystal Springs Reservoir.

Bay Area architect William Nicholson built the home by using a steel frame and spray-on concrete. But Fang modified the home, including a retaining wall, columns, gates, a deck, steps, and a parking area, according to Hillsborough city attorney Mark Hudak, who claimed the improvements “created live-safety hazards that required immediate correction to protect visitors to the property.”

Fang, he said, made the modifications without getting building permits or planning approvals “except for a very limited permit for a low wall in the front of the property.”

Recognizable for its bright hues and bulbous shape, views of the “Flintstone House” from Interstate 280 have captured the imaginations of many who have passed by the Hillsborough home for years.

The lawsuit also said that it “a highly visible eyesore and are out of keeping with community standards,” The Guardian reported.

The San Mateo Daily Journal reported that she received three stop orders from the city’s building department and was fined $200 for new landscaping additions.

City officials contend that those additions were “designed to be very intrusive, resulting in the owner’s ‘vision’ for her property being imposed on many other properties and views, without regard to the desires of other residents.”

Fang paid the penalty, but she didn’t remove the additions, prompting the lawsuit, according to the paper.

“They ordered that she remove all of her figurines and that she correct other code violations,” Hudak said. “We expect that the court will uphold this decision and order her to comply with the panel’s decision.”

In a statement to USA Today, Fang’s grandson, Sean, said the family will fight to save the home.

“I think the dinosaurs are beautiful. They make everyone smile and should stay,” Sean Fang said.

Owner of California ‘Flintstones house’ vows to fight to save it: ‘I think the dinosaurs are beautiful,’ says son https://t.co/ZktIdSt3ye pic.twitter.com/aDtAao0P7T

According to ABC7 in San Francisco, Fang’s lawyers have 30 days to respond to the lawsuit.

Fate of ‘Simpsons’ House in Nevada

Builders once made an exact replica of the home featured in “The Simpsons” cartoon in Henderson, Nevada, in 1997.

Fox commissioned the building of the home and made it the grand prize for a “Simpsons” fan.

The winner of the contest, however, didn’t want the replica and instead went with a $75,000 cash prize because the home was too far away from her family farm.

According to The AV Club, the home now looks like any other house.

“In a DVD commentary, Simpsons creator Matt Groening suggested the place be blown up on live television, but in reality the house simply became a piece of commercial real estate,” it says.