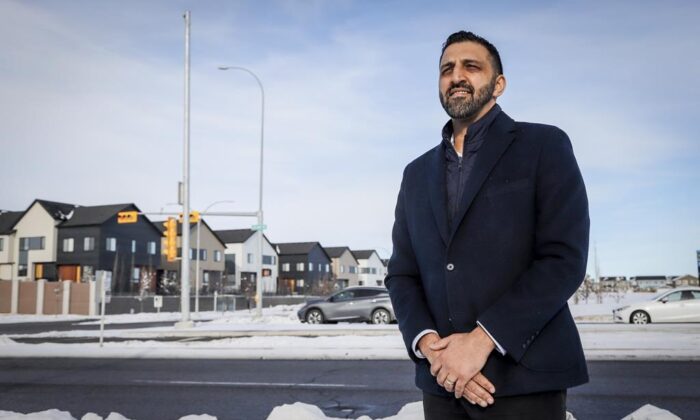 Newly elected Liberal MP George Chahal is under investigation for allegedly swapping an opponent’s campaign ads with his own, Calgary police said.

But the night before the vote on Sept. 20, Chahal was caught on a doorbell camera appearing to remove Sahota’s campaign flyer and leaving one of his own, as seen in video footage posted to social media.

The Calgary Police Service said in a statement that they’ve received a complaint and an investigation is underway.

“The report has been directed to our anti-corruption unit that handles investigations of a sensitive nature or involving a public official,” the statement said.

A Chahal campaign spokesperson told CBC News that Chahal took Sahota’s campaign flyer because it included incorrect polling location information. The homeowner, Glenn Pennett, said that wasn’t the case, and it was the flyer that Sahal left at his door that had the wrong information.

Chahal, one of only two Liberals elected in Alberta, is also an elected councillor in the Calgary Police Commission, a civilian body that oversees the Calgary Police Service. The commission said Chahal had asked to be excused from his duties during the campaign period, CBC News reported.

According to a section of the Canada Elections Act, “No person shall prevent or impair the transmission to the public of an election advertising message without the consent of a person with authority to authorize its transmission.”

Elections Canada told CBC News that the Commissioner of Canada Elections would launch an investigation if there was a contravention of the act. The commissioner’s office did not say whether it had received a complaint about the Chahal incident.

The Epoch Times reached out to both Chahal’s and Sahota’ campaign teams and Elections Canada for comment, but didn’t immediately hear back.