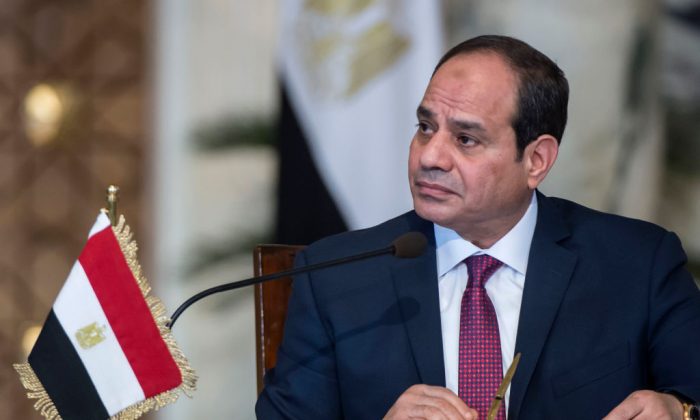 Pro-government news website El Watan said the accusation came after an episode of the program in which Ramadan said he had spoken to the wife of a police officer who was struggling to get by financially.

The interior ministry had this week filed a legal complaint about Ramadan, MENA said.

News outlets reporting from Egypt have come under fire from authorities in the past week, including the BBC, which Egypt’s government press center urged all officials to boycott after an article about human rights that stirred controversy.

The press center accused the British state broadcaster of “spreading lies” by reporting the alleged forced disappearance of an Egyptian woman at the hands of authorities, and the woman appeared days later on a talk show denying the report. The BBC said it stands by the “integrity of our reporting teams”.

The scrutiny of news outlets comes ahead of a March 26-28 presidential election in which Sisi is virtually guaranteed to win a second term, running against a single, little-known opponent who has said he supports the incumbent.

Egypt’s military is meanwhile waging a campaign to defeat Islamic State militants in the Sinai Peninsula.