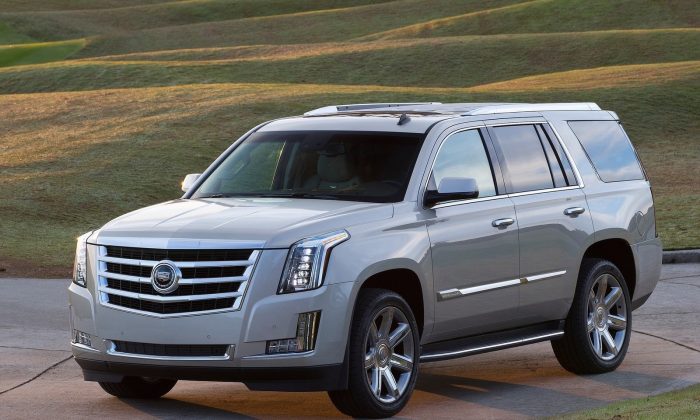 Cadillac Escalade Easy to Fall in Love With

It’s no big secret that the Escalade from Cadillac and the Chevrolet Tahoe and Suburban SUV share the same roots. That’s a common occurrence in the automotive world. Historically, critics have asserted that there was not enough difference between the Cadillac and the Chevy products to justify the price spread.

Finally, with this latest generation of the Escalade, those concerns can be put to rest. The new Escalade is now its own vehicle.

For clarity, the Escalade is a traditional truck body on full frame vehicle. It’s big and powerful yet remarkably well advanced and definitely luxurious.

The trick for Cadillac has been to take this large SUV which in one form can be a three-quarter-ton, four-wheel-drive sod busting truck used by survey crews out in the rough, and convert into a refined, elegant, high tech machine that delivers the expected Cadillac experience.

The sheer size of the Escalade allows for a dizzying array of vehicle equipment. This SUV is offered in two body lengths, the regular Escalade and the ESV which is almost two feet longer coming in at 18.6 feet. The ESV model weighs in at just over 6,000 pounds and deliver 120 cubic feet of cargo space…it’s a big machine.

The same engine and transmission package is offered on all Escalades. The 6.2 L V8 is packing 420 hp and 460 lb-ft of torque and is linked to a very smooth 8-speed gearbox. A skillfully tuned exhaust system bespeaks both authority and dominance in its own barely muted way.

Cadillac also adds brawny brakes and GM’s magical magnetic ride control which delivers both excellent chassis control and a smooth ride. The result is a large vehicle that is much livelier than you’d expect considering its size.

But it also has an 8,000+ pound tow capacity making it a gentlemen’s work vehicle. Though rear wheel drive is standard equipment, a four-wheel-drive setup is also available for those who live in mountainous or cold weather locations.

The interior of the Escalade is similarly adorned with luxury accoutrements. Both heated and cooled leather seating is offered in several color packages such as Shale, Tuscan Brown and Kona. Individual captain’s chairs are found in the second row and the third row has a power fold capability.

Additional features such as a Bose 16-speaker surround sound audio suite, heads-up display, plus the CUE information and media system make the experience even more engaging.

The Escalade is a large luxurious vehicle that is very easy to fall in love with if you have the means to obtain one.