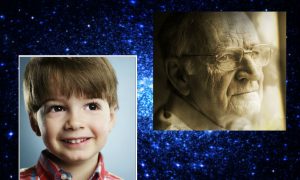 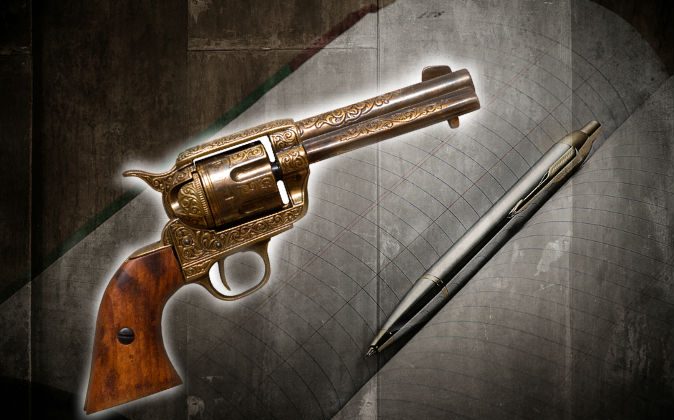 Businessman Gets Important Lesson From Past Life—Detailed Memories Verified

Ruprecht Schultz had a strange habit as a child of forming his fingers into the shape of a gun, and pointing at his head, saying “I shoot myself,” when he was unhappy. His mother became worried and told him emphatically to stop it. As an adult, it became clearer where this habit may have come from.

Schultz recorded his story in audio and in writing. It was studied by renowned reincarnation researcher Dr. Ian Stevenson of the University of Virginia, and discussed from Stevenson’s notes in an article by Walter Semkiw, M.D.

As World War II broke out, Schultz’s laundry business in Berlin, Germany, failed. He was often in his office, going over his account books and reflecting on the troubled times. When he would walk along a dimly lit hallway to his safe and retrieve his account books, he would often have the thought, “You were in this situation once before.”

That’s when he started having his purported past-life memories—in such detail that he was able to find records of a man whose life matched precisely what he ‘remembered.’

That’s when he started having his purported past-life memories—in such detail that he was able to find records of a man whose life matched precisely what he “remembered.”

Stevenson said that the similar circumstances in the present life may have sparked the recall. Schultz remembered having a business that had to do with timber and possibly shipping. Incidentally, Schultz also had a great interest in ships as a child, though he grew up far inland, in Berlin.

Screenwriter of ‘Gone With the Wind’ Reincarnated in the Midwest?

Schultz remembered that he suffered terrible financial losses. He could see himself going to get his account books in a safe in a hallway, much as in this life, and finally sitting over his accounts in despair, at which point he shot himself in the head. It was on a special occasion, a festive occasion.

Schultz also felt that he lived in a port town in Germany, drawn particularly to Wilhelmshaven, but he considered that it may have been another city on the North Sea. He also felt it was the 1880s.

After inquiring with the municipal authorities in Wilhelmshaven and nine other seaside towns as to whether they had any records of a man meeting this description, the only match was made in Wilhelmshaven.

The authorities gave the deceased man’s family name as Kohl, but Schultz felt this name was slightly off. The authorities later made a correction, saying the family name was Kohler. The man who seemed to correspond with the life Schultz described was named Helmut Kohler.

He owned a shipping business. Operating under the belief that taxes on imported timber were about to rise, he bought much timber from abroad. Instead of the tax and price of timber rising, it fell, and Kohler’s finances were hit hard. He felt he was ruined. He tried to get his accountant to fudge the records and thus underhandedly compensate for the losses, but the accountant panicked and ran off with a large portion of the company’s money.

Kohler shot himself in the head on a festival day, the Day of Repentance and Prayer in 1887. Schultz found Kohler’s son, Ludwig Kohler, who was still alive. Ludwig told Schultz that his father’s finances didn’t turn out to be as bad as he had thought when he killed himself. Once the assets were sold, the creditors were paid off, and though Kohler’s fortune was diminished, he could have lived out the rest of his life comfortably.

Schultz was conservative with his money, which he attributed to his experiences speculating in his past life. Schultz lost his fortune due to circumstances outside of his control—to the destruction of Berlin during the war, then the city’s division into East and West. But, Schultz’s story did not end as Kohler’s had. Schultz and his wife eventually retired to Frankfurt, where he lived until his death at the age of 80 in 1967.

*Images of a gun and a ledger book via Shutterstock