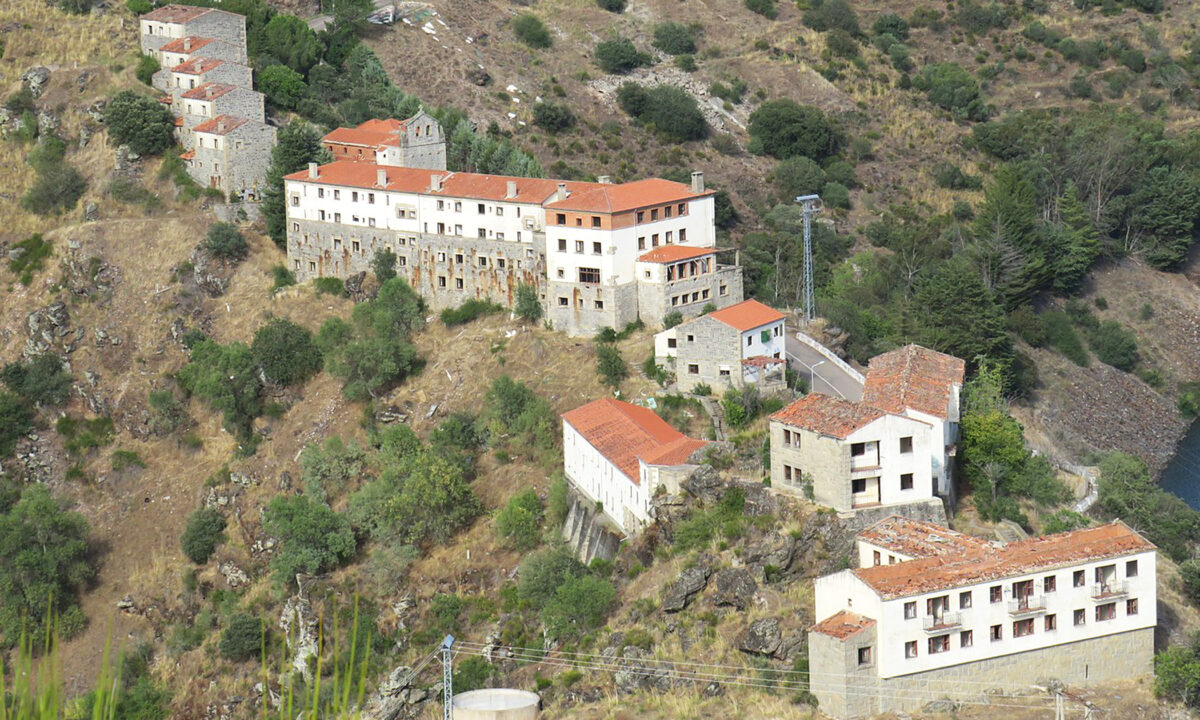 This image was cropped and has been color corrected. (Balles2601/Wikimedia Commons/CC BY-SA 4.0)
Discovery

A 65,000-square-foot Spanish village that was left abandoned for more than three decades has been sold to a businessman for the sum of €300,000 (approx. US $308,000), a price that would secure little more than a one-bedroom apartment in Madrid, just three hours away.

Salto de Castro is a village near the border with Portugal in the northwestern Spanish province of Zamora. The “for sale” listing, on the Spanish property website Idealista, advertised the site as a “magnificent town” of 44 houses—five entirely independent—a bar, a church, a school with several classrooms, and a hotel with space for 14 bedrooms.

Additionally, the abandoned town also has a swimming pool, a municipal sports ground, and an old barracks building that used to house the civil guard. Some buildings have been vandalized since the village was deserted, but all have the potential for restoration. Idealista predicted that the village could become a “workable, profitable” venture with an investment of €2 million (approx. US$2,056,030).

After the listing went up, the retail page reportedly received more than 50,000 page views and over 300 expressions of interest from abroad, including the UK, Saudi Arabia, Russia, Brazil, and France.

Salto de Castro was purpose-built in the early 1950s by the Spanish electricity company, Iberduero, for the families of workers building a reservoir nearby. When the reservoir was completed, the families moved away, and the village became a ghost town by the late 1980s.

In the early 2000s, it was bought by a private buyer with the intention of converting it into a tourist hotspot, but the European debt crisis of 2009 put paid to his plans. “I am selling because I am an urbanite and I cannot maintain the upkeep,” reads the listing, as translated from Spanish.

Ronnie Rodríguez of Royal Invest, the company representing the owner who is now in his 80s, told the BBC that the owner would still like to see his dream come to fruition, even if someone else makes it happen. The owner has tried to sell the village once before, for €6.5 million (approx. US $6.68 million), however, no buyers came forward.

This time, the price seemed right.

Businessman Oscar Torres of Toledo, Spain, has secured Salto de Castro for 15 percent above the asking price. CEO of the construction company Iniciativas Faos, and with over 20 years of experience in the business, Torres has financial backing from a Chilean investment fund and plans to turn the town into an idyllic rural getaway for tourists, Spanish News Today reported.