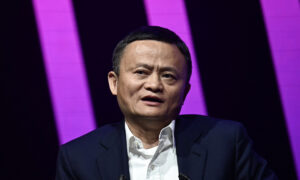 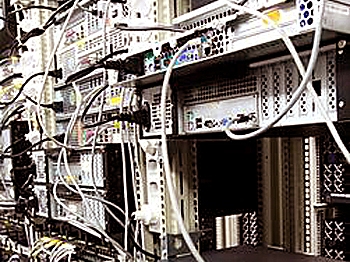 Heide B. Malhotra
View profile
Follow
biggersmaller
Print
The nascent industry of cloud computing services hopes to achieve revenues above $56 billion in 2009, an increase of around 21 percent over 2008, according to experts.

By 2013, such services are predicted to earn over $150 billion, according to a recent study by Gartner Inc., a global information technology research and advisory firm.

Cloud computing results when companies, instead of having expensive in-house mainframe computers, purchase software or services hosted on remote computers owned and maintained by a third party. Such services are accessed via the Internet and end users need not have any IT experience.

“The IT market trends for the next couple of years remain highly uncertain,” Ben Pring, vice president at Gartner, said in a statement. “While short-term growth is expected to be inhibited, the potentially lower cost of cloud services is attractive to customers and will drive growth for these offerings.”

In 2008, businesses hungry for costs savings were the greatest revenue source for 83 percent of cloud computing firms.

Cloud-based services, such as publicity, e-commerce, human resources and disbursements hope to increase by close to 20 percent in 2009 to about $47 billion in revenue from $38.9 billion in 2008.

“This reflects the success of Google in creating a new business and delivery model for IT-based services, which is being emulated by Yahoo, Microsoft and others,” Gartner said.

In the past, such services were called “remote job entry” or “outsourced data centers,” according to a recent Knowledge @ Wharton (KW) article titled “No Man is an Island: The Promise of Cloud Computing.”

What Else is New?

Yahoo! Inc. announced partnerships with the University of California at Berkley, Cornell University, the University of Massachusetts at Amherst and Carnegie Mellon University to develop cutting edge technology that would reduce the cost of cloud computing services to a minimum, according to an April press release.

As some academia lacks funds for purchasing supercomputers, the partnership agreement calls for access by these academic centers to the Yahoo cloud computer cluster dubbed M45.

“Yahoo is dedicated to working with leading universities to solve some of the most critical computing challenges facing our industry,” a Yahoo release said.

Evan Cohen, owner of Enomali, Inc., a cloud computing products firm based in Toronto Canada, believes that this is time to set up an association, as the cloud industry is making great strides and earning sizeable revenues.

I am “focused on accelerating the adoption of cloud computing by encouraging broader industry collaboration. More simply a formalized ‘legal’ trade association which brings together both small and large companies (startup or enterprise), while also bridging the greater cloud community by including customers and users,” Cohen stated in an article “The Case for a Cloud Computing Trade Association.”

Subscription-based cloud computing or “software as a service” has breathed fresh life into software servicing companies. One such company in California lost significant market share when the Internet bubble burst, but its revenues subsequently increased by 73 percent between 2007 and 2008 when the cloud computing market was trending up.

“Ease and flexibility of cloud applications draw users to [cloud applications],” according to a recent survey by the Pew Research Center, a Washington, D.C.-based think tank. Fifty-one percent of survey respondents regularly use such services.

Cutting costs and reducing inefficiencies are always at issue in many existing or newly established companies. IT professionals found cost savings in using cloud based services due to its pay as you go feature, without having to build up expensive in-house hardware and software, KW researchers said.

Companies could cut thousands of dollars in IT expense by using cloud computing instead of investing and maintaining mainframes, installing additional hardware capacity, and meeting changing software needs.

But more than 50 percent of Pew’s respondents said they were concerned with control and security of data.

Cloud users were also apprehensive about possible sale of data by service providers, to be used for promotional purposes or targeted ads.