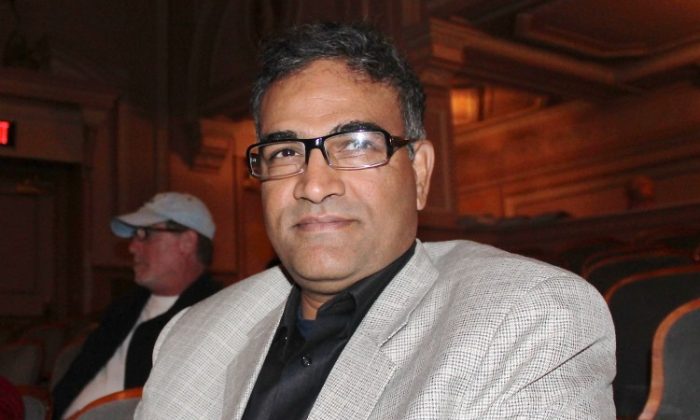 PHILADELPHIA—Shen Yun Performing Arts graced the stage at Merriam Theater on May 4, enthralling a full house audience with a presentation of the 5,000 year-old Chinese culture.

“[I’m] just so impressed with the whole concept and the way it’s choreographed, how well it represents and reflects the eastern culture, and the perfection and practice that has gone into it,” he said. “It’s just amazing.”

Mr. Chitturi joined Lehigh in 2003, after working for over a decade with firms such as Intel and IBM, including helping transform IBM from an engineering driven company to a customer driven company. His education includes an MBA from the McCombs School of Business, The University of Texas at Austin.

Shen Yun is a New York-based company that formed to revive the most ancient culture in existence after the Chinese Communist Party nearly decimated it.

“For 5,000 years divine culture flourished in the land of China,” explains the company’s website. “Humanity’s treasure was nearly lost, but through breathtaking music and dance, Shen Yun is bringing back this glorious culture.”

Mr. Chitturi said the presentation of traditional culture was beautiful and that it represents important ideas for the world.

“I think change is good, we will always be changing, but I think we should also keep in mind that a lot of good things that are a part of the tradition, and we should be smart enough to keep the good things, rather than just throw everything away and start from scratch again, and try to reinvent the wheel, so to speak,” he said.

Part of the presentation of traditional culture includes several dances showing the modern situation in China, including the persecution of Falun Gong, a meditation practice based on ancient culture and the principles of truthfulness, compassion, and tolerance.

The practitioners resistance in the face of extreme persecution by the communist regime, and their spirit of compassion and tolerance, “manifest the very essence of China’s 5,000-year-old divine culture,” according to Shen Yun’s website.

That part of the presentation resonated with Mr. Chitturi.

“The peaceful way of protesting suppression reminded me of Ghandi’s nonviolence movement which was successful in getting freedom for India,” he said. “That is very beautiful, the the thought of freedom, peaceful protest.”