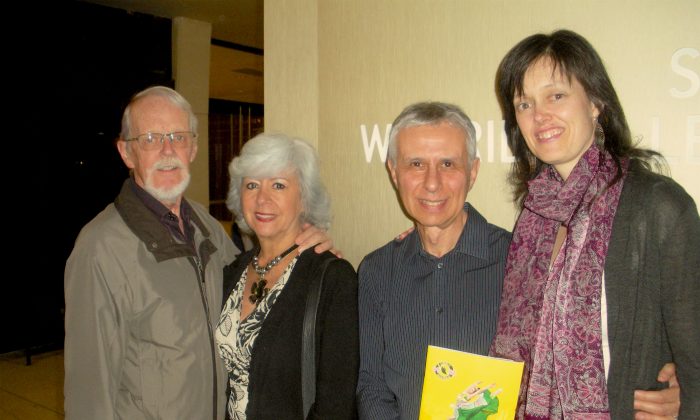 MONTREAL, Canada—Business owner Bernard Meloche felt in awe after seeing Shen Yun Performing Arts for the first time on May 1.

He was stunned by the sheer scale of Shen Yun’s mission: to revive 5,000 years of the true, divinely inspired culture of China and share it with the world.

“It’s absolutely fantastic,” Mr. Meloche said after the matinee performance at Place des Arts. He offered congratulations to the classical Chinese dance and music company for its work to “bring out the truth and bring the spirituality that is essential.”

“It was really well thought out, really well done. I loved the whole concept from one end to the other!”

Mr. Meloche, who owns the luxury spa Spa Ovarium, described Shen Yun’s artists as not only dancers and musicians, but historians and prophets, due to their large-scale effort to revive the authentic traditional culture of China, which is on the brink of extinction after decades of suppression by the communist regime.

Mr. Meloche said Shen Yun’s ability to express the core essence of the culture was remarkable.

“You really see where [the culture] comes from,” he said. “Definitely, it’s a surprise to see [but] it was always there, and it has never been revealed [until now],” he said.

“It’s like a journey and it is a journey that you cannot do [through travel]. It is impossible to make the trip there because it does not exist in China,” said Mr. Meloche. This is because Shen Yun enjoys artistic freedom being based in New York, but the show cannot be seen in China.

The spiritual essence of traditional Chinese culture—which was steeped in the noble ideals of Buddhism, Taoism, and Confucianism for thousands of years, deeply resonated with Mr. Meloche. He was particularly touched by Shen Yun’s courage to revive this spiritual culture after the Chinese communist regime imposed an official policy of atheism for the past 60 years. The regime continues to routinely persecute religious groups in China.

Ultimately, Shen Yun left him feeling hopeful—not only for the preservation of Chinese culture, but also for humanity and the triumph of goodness, he said.

With him was his father-in-law, who was so moved by the show that he shed tears during the intermission.

“For sure we will return,” Mr. Meloche said.