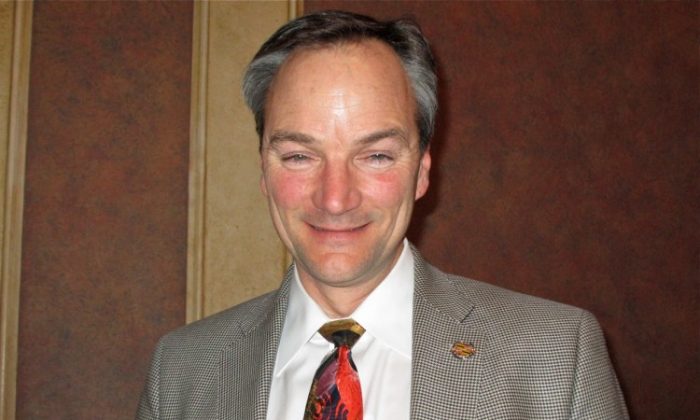 Classical Chinese dance is one of the most complex, expressive, and demanding art forms in the world, according to the company’s website.

Mr. Stanzak said, “But the dances! It’s very artistic, very beautiful. You could see that they practice for a long time, they rehearse. Their movements are very precise. It’s so well choreographed.”

“It goes back so many years, 5,000 years, and they have a lot of traditions. They value wisdom and they value age and they are very respectful to people,” he said.

Mr. Stanzak was moved by the performances which touch upon contemporary issues in China. “The one piece, The Choice, I think that is very indicative of what’s going on in China right now. I thought it was very good. I liked it, especially at the end, when the good won out.”

Shen Yun Performing Arts Touring Company will be at Clowes Memorial Hall of Butler University in Indianapolis for two performances, March 13 and 14.