Business Owner: Shen Yun May Be ‘How Heaven Is’ 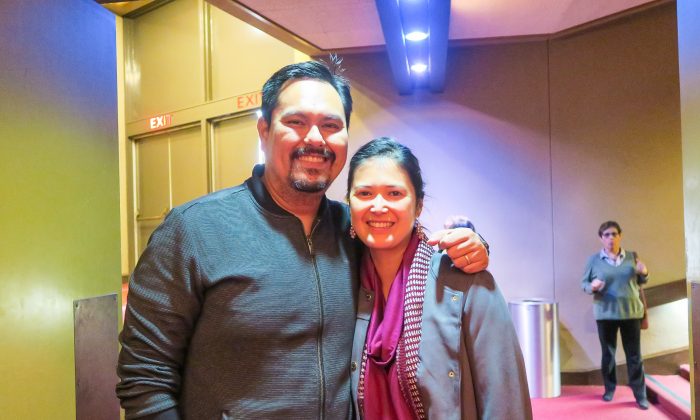 SACRAMENTO, Calif.—Cherish Canda had always wanted to see Shen Yun, ever since it first began performing. When she finally had an opportunity to see it on Jan. 12 this year, she felt that she had stepped into another world.

“It’s fantastic. It’s amazing,” she said. “It’s just really out of this world. The scenery, the performance, the dancers—they’re really exceptional.”

Shen Yun Performing Arts is a New York-based company that performs classical Chinese dance, an ancient art form that is both expressive and athletic. Classical Chinese dance includes difficult leaps and tumbling techniques, but it also requires coordination of small details such as the position of the fingers, according to Shen Yun’s website.

Canda noticed this attention to detail.

“From their movements, you can see that everything is practiced and rehearsed down to the last detail, even the positioning of their fingers. All five fingers, they have a certain position that they assume, and their movements,” she said.

“It’s just really heavenly. … It’s like you step out of the mundane stuff of the real world and step into a different world that was China, I guess. And the way it’s depicted is very beautiful,” she said.

Canda and her husband, Robert Campbell, who are co-owners of Altamont Healthcare, enjoyed Shen Yun together at the Sacramento Community Center Theater. They appreciated Shen Yun’s revival of traditional Chinese culture.

Ancient Chinese culture is thought to be divinely inspired, according to Shen Yun’s website. However, this divine aspect has been nearly lost in modern times, since the Chinese communist regime has spent several decades trying to destroy traditional culture and values.

Shen Yun’s mission is to bring this culture back to life onstage. Many of its dance pieces depict heavenly realms; others tell stories and legends from ancient and modern China.

“I just feel like maybe this is how heaven is,” said Canda. “This is probably what’s awaiting on the other side. I don’t know; it just is a very exciting feeling. You feel very calm and thoughtful at the same time, so it’s like being reunited to something you haven’t dreamt of before.”

She was touched by the dance piece “Goodness in the Face of Evil,” which tells a contemporary story about the persecution of Falun Dafa.

Falun Dafa, a meditation discipline based on the principles of truthfulness, compassion, and tolerance, became very popular in China in the 1990s. However, the communist regime feared the popularity of these traditional beliefs and has been violently persecuting practitioners of Falun Dafa since 1999.

“There’s that part, too, about faith and the good versus evil, and that was really, really good. I kind of felt a strong connection to that,” said Canda. “I thought it was very resonant to not just what was happening years back, but also what’s happening now. So it’s really good. I feel like Shen Yun had the right stuff in there, not just for art, but also the current times.”

The music for the dancers is provided by Shen Yun’s unique live orchestra, which combines both Chinese and Western musical traditions. There are also vocal and instrumental solos. In between each dance piece or solo, two emcees come out to introduce the next piece.

“We’re right next to the orchestra. [It sounded] very good,” said Canda. “I love that kind of music. … It’s very calming, serene. The two hosts, the host and the hostess, too, they’re very good about introducing each segment and [having a] sense of humor.”

“I thought, well … these are probably very lucky colors,” said Canda. “I was even thinking, ‘You know what? I should probably use some of those colors for the office!’”

She was glad to see traditional Chinese culture showcased in the form of art.

“It’s definitely educational, and as I said, it’s just beautiful, from the dance movements to the music to the thought that goes into it; very detailed, and so I’ve never seen anything like this before. So it’s quite a treat.”

“I thought it was great,” he said. “It was very good, very inspiring, very informational as well … just seeing the traditions that China, for example, has gone through. It … makes me feel what the world has been through, and I researched a little bit.”

“I think [Shen Yun is] trying to revive or kind of educate people as to what it was before,” he said. “And it’s very effective, I think, that it makes us see what was happening in the past centuries of China, and so we become aware of what was and what is China now.”

With reporting by Michelle Yang and Sally Appert.