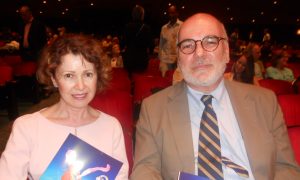 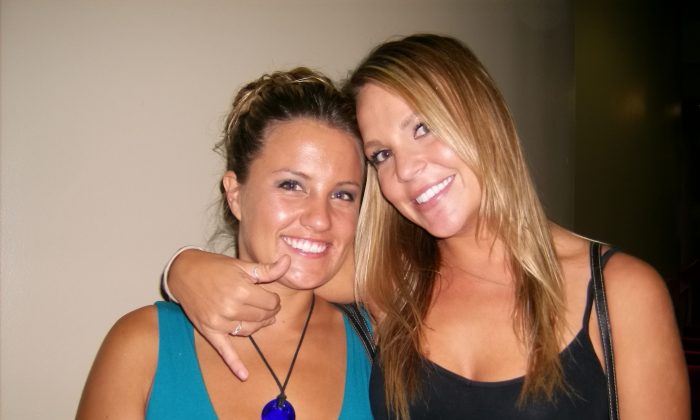 Touched by the traditional Chinese culture conveyed by Shen Yun, Ms. Hawkinson said, “It’s really interesting to see the background and the culture.”

The Shen Yun website describes the performance, “Sophisticated dance techniques, an orchestra joining instruments from both the East and West, beautiful costumes, and a stunning back drop—this is Shen Yun at first glance. But digging deeper, one discovers a sea of traditional Chinese culture.”

Ms. Hawkinson was impressed with every aspect of the performance. “I really love the costumes, really pretty and colorful and the music is really cool too,” she said.

According to the website, “A Shen Yun performance features the world’s foremost classically trained dancers, a unique orchestra blending East and West, and dazzling animated backdrops—together creating one spectacular performance.”

Chinese dance “involves learning combinations of leaps, turns, flips, spins, and other aerial and tumbling techniques. It is a vast and independent system of dance.

The performance includes several dance pieces that transport the audience across China through 5,000 years of Chinese culture and civilization.

Ms. Hawkinson particularly liked “the really long sleeves” in the dance Delicate Beauty of the Han which depicts imperial dancers in the Han Dynasty wearing traditional clothing called Han-fu with long, flowing “water” sleeves. They spin and twirl like dancing petals in the wind.

To sum things up, “I would recommend it,” said Ms. Hawkinson. “It’s just kind of an eye opener, good to learn about the culture.”

Ms. Clinton added, “I would definitely recommend it.”