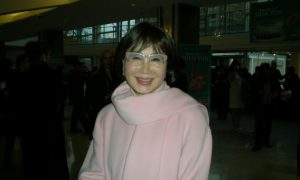 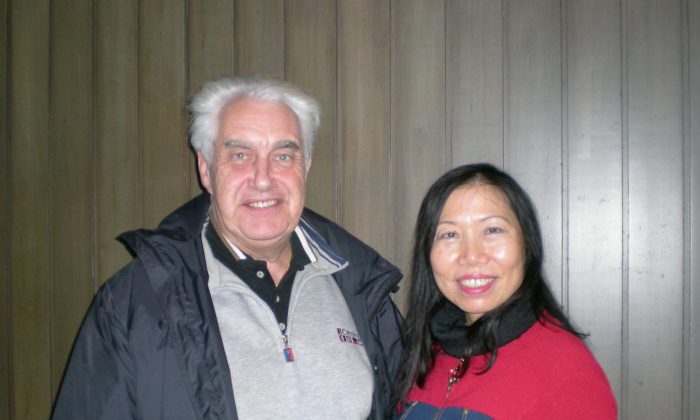 Ms. Yu, originally from Hong Kong, now lives in Mission B.C. where she owns and operates the Oasis Rejuvenation Centre and Spa Retreat. She attended the Jan. 18 matinee performance with her husband, Robert Eli.

“It makes me feel proud to see all the colours and vibrance and the skill of the dancing, being Chinese myself. I’m very, very happy, very pleased.”

“It’s a beautiful show,” added Mr. Eli. “The dancers were very fluid in their motion.”

New York-based Shen Yun is the world’s premier classical Chinese dance and music company, formed in 2006 to revive 5,000 years of divinely inspired Chinese culture that had been almost lost due to destructive communist campaigns such as the decade-long Cultural Revolution.

Ms. Yu, winner of the Myrtle Evertt Woman of the Year Award in 2012, said Shen Yun’s music, particularly the two-stringed erhu or “Chinese violin” brought her back to her cultural roots.

“That’s probably the instrument in the Chinese music that I like so much because it’s a very unique sound,” she said. “The music reaches beyond language.”

Mr. Eli is a painting contractor and also a semi-professional singer who has a lead role in an upcoming local musical. He was touched by the solo erhu piece “All for Today,” performed by virtuoso Lu Sun. The erhu has a history of 4,000 years and is known for its expressivity and capability of conveying deep emotion.

“[Lu Sun] actually made it talk for me,” said Mr. Eli. “It was beautiful the way she did it. There were so many sounds in two strings, it was unbelievable—lovely.”

Mr. Eli also loved soprano Min Jiang’s performance of “For You I Sing.” Shen Yun vocal soloists sing in bel canto technique with Chinese lyrics—a combination that is highly difficult to master and has been achieved by few in the world.

“The soprano was unbelievable, she had quite a voice,” he said.

Traditional Chinese culture, guided by the three pillars of Buddhism, Daoism and Confucianism, is deeply spiritual. Shen Yun aims to revive these ideals through its story-based dance.

“Principles such as benevolence and justice, propriety and wisdom, respect for the heavens, and divine retribution, all come to life, washing over the audience,” says the Shen Yun website.

“I think they put quite an emphasis and impact on that, because you could feel it,” he said. “It was quite interesting. It’s magnificent.”

With reporting by Joan Delaney and Justina Wheale