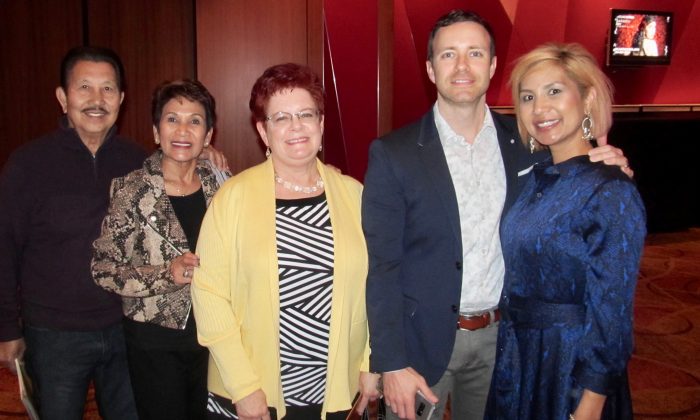 “We were in the second row. So watching the percussionists was our favorite part. To see that to match with the artists perform was amazing. So just the artistry overall, and the costume design—was incredible. We enjoy it.”

“The artistry of the footwork was amazing. … Just the movement, it was just fluid. And it was just amazing.”

” I thought that [digital backdrop] was the coolest thing to bring it all together. … My mother, the whole time, just kept saying, the backdrops were just phenomenal. And she just couldn’t stop looking at that. So it really brought a whole new dimension to the performance.”

“They were talking about, coming from heaven, and going back to heaven, … having a strong Christian faith, that was just so moving and so touching, to end the show that way—it was beautiful.”