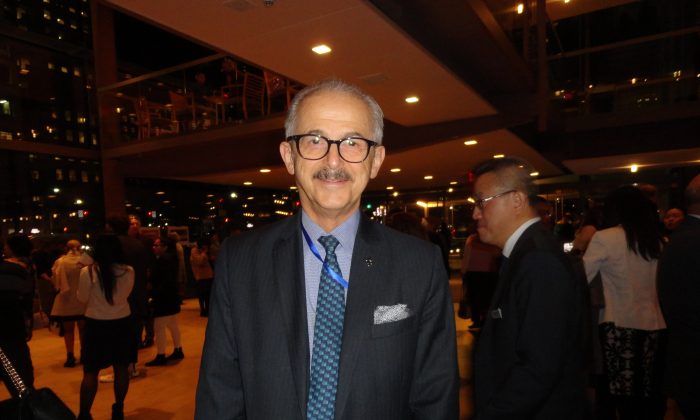 “I think it’s an amazing show. The costumes and the music and the technique of the dancers is supreme,” said Korenzit.

Korenzit is owner of Bang & Olufsen Yorkville, a retail showroom for the internationally renowned high-end audio and video component manufacturer.

He was impressed by Shen Yun’s artistry as well as combination of music, dance, and technology to bring to stage scenes from China’s rich culture.

“The whole production is very professional. The way they combine the technology on the back screen together with what’s happening right on the stage is very impressive,” he said.

Korenzit was also appreciative of Shen Yun’s music, original compositions performed by an orchestra that combines a Western symphony orchestra with Chinese instruments, such as the pipa and the erhu.

“I think if you’re a music lover, and in my business I am a music lover, I think [the music] was very pleasant,” he said. “When you see what’s happening on the stage at the same time that the music is playing, then it gives you a full enjoyment of hearing it and seeing it. It’s really nice.”

Korenzit was also fascinated by Shen Yun’s ability to travel through time and places to present the richness of the culture from ancient China to the present day.