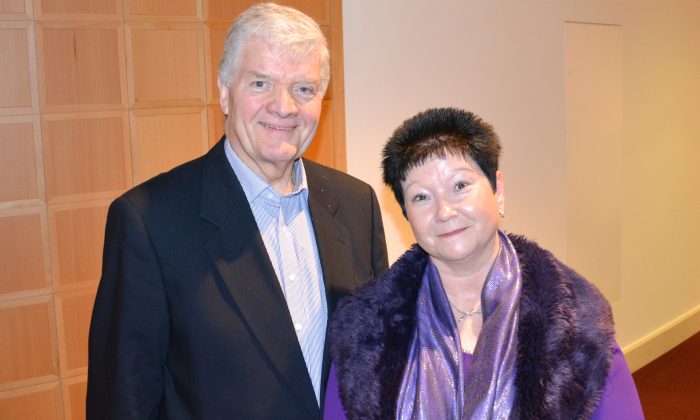 According to the Shen Yun website, the two-stringed erhu is sometimes referred to as the Chinese violin and is one of the most important Chinese instruments, with a history of over four thousand years. It can “convey a wide range of emotions,” the website states.

Mr. O’Donohue said: “The erhu was absolutely phenomenal. The Erhu combined with the piano gave a very soothing sound, and I found that had a spiritual element too.”

Ms. Lattimer said that she would leave this evening’s show with a deeper awareness of Chinese culture. She said, “I am leaving with more awareness of the culture of China, and an impression of the timing, the expertise, and the skill level of the dancers.”