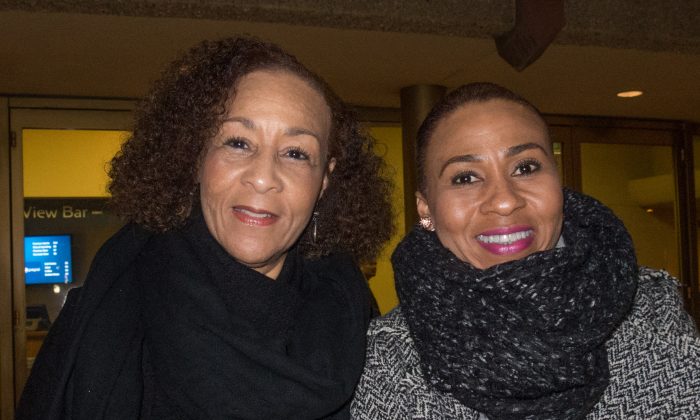 SAN JOSE, Calif.—In the hustle and bustle that exemplifies life in the San Francisco Bay Area, it’s easy to become lost in external pursuits. So when Jocelyn Jarrett stepped inside the San Jose Center for the Performing Arts on New Year’s Day, into an ancient world of divine legends and heavenly music, she was inspired to reflect on the internal.

“In the very hectic environment that we live in, it was just a moment where it was very peaceful and calm. It inspired you to think outside of your existence,” Jarrett, owner of BottomLine Accounting Services and controller at CODE2040, elucidated.

“Through the universal language of music and dance, Shen Yun weaves a wondrous tapestry of heavenly realms, ancient legends, and modern heroic tales, taking you on a journey through 5,000 years of Chinese culture,” says the company’s website.

She continued, “It brings me back to what’s important; really, it does. We get caught up in the money and the materialistic ways and we forget ourselves as a spiritual part, our god-like self inside that needs to be attended to.”

And Ms. Jarrett would know about hectic schedules. Aside from being in executive roles in two companies where she assists underrepresented groups and non-profits achieve success by demystifying the financial process, she serves as the accountant and youth educational program adviser for the NAACP’s San Mateo Branch.

“It was so graceful and beautiful and just took you to another level mentally. It just kind of drew you in. It continued to get more and more beautiful as it moved along and told the story and the history,” relived Ms. Jarrett about the progression of the performance from the culture’s ancient roots to modern day.

Shen Yun’s message of hope and faith resonated deeply with Ms. Jarrett. “In my mind … we all had one beginning and it was a peaceful beginning and that we can go back to that again no matter how insane the world gets, if we just believe.”

The juxtaposition of dark and light elements shown clearly the struggles between good and evil that play out in China today, leaving an indelible impression on Ms. Jarrett who sums up the performance as “a very moving moment because it brought us back to the fact that there’s a power greater than ourselves that in some places you can’t practice, you don’t have the freedom of speech to practice that belief you have, where here we can do that openly.”

In particular, the depiction of the Chinese Communist Party’s persecution of Falun Dafa—a meditation discipline based on the principles of truthfulness, compassion, and tolerance—since 1999 epitomizes this struggle.

After the performance, Ms. Jarret said, “[I will be] keeping in touch with [the spiritual] side more often than what I’ve done in the past.”