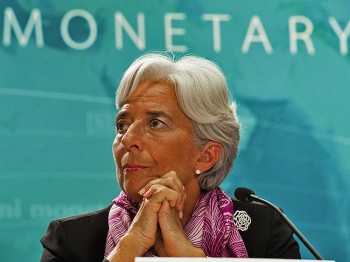 Euro currency fell sharply—the most in more than a month—last Friday after ratings agency Moody’s Investors Service cut the debt of the Portuguese government to “junk” status. The euro, common currency for 17 eurozone nations, fell 1.8 percent against the U.S. dollar, and 2 percent against the Japanese yen. The action has caused some lawmakers in Europe to call for establishment of a new rating agency to rate European debt. Eurogroup leader Jean-Claude Juncker said late last week that ratings agencies are unfairly downgrading several European nations’ sovereign debt. The downgrade of Portuguese debt means that the nation may need additional aid or a debt restructure, much like Greece. Ireland, another eurozone nation, which received a bailout, may feel the heat in the near future.

US, China in Talks Over Audit of Chinese Firms

U.S. officials as well as leaders of the Public Company Accounting Oversight Board (PCAOB) will head to China later this month to negotiate resolutions to possible issues of the financial records of many U.S. publicly listed shares of Chinese companies. A recent wave of accounting inconsistencies discovered at some Chinese companies listed on U.S. exchanges have prompted U.S. regulators to cast a more watchful eye over Chinese firms. U.S. regulators are pushing for the PCAOB to have access to documents of China-based auditors of such firms. China has long opposed giving PCAOB access as it insisted that it has its own regulators and giving access would violate the country’s interests. Several lesser known companies listed on U.S. exchanges have been accused of accounting fraud and have seen their shares battered by short sellers and hedge funds.

U.S. regulators last Friday closed three more U.S. banks, bringing the total failed bank tally to 51 for the year. The Federal Deposit Insurance Corporation (FDIC) closed three banks—one in Illinois and two in Colorado. First Chicago Bank & Trust, based in Chicago, was the biggest bank to fail last week. First Chicago had assets of $960 million and was sold to Northbrook Bank & Trust Company, also based in Illinois. Colorado Capital Bank of Castle Rock, Colo., also closed, with assets of $717 million. Another Colorado-based bank, Signature Bank of Windsor, which was much smaller with only three branches and less than $67 million in assets, was shut down. In 2010, 157 banks failed, and 140 failed in the year before that as the nation’s banks grappled with the financial crisis and continued weakness in the mortgage industry. Last Friday’s closures brought this year’s total to 51, and if the current pace holds, this year will see fewer than 100 bank closures.

China’s inflation figures increased to 6.4 percent last month as consumer prices rose to a three-year high, and food prices gained more than 14 percent, according to data released by China’s National Bureau of Statistics, which is controlled by the Chinese Communist regime. The jump is largely in line with the increases expected by Western analysts, with UBS expecting an inflation jump to 6.4 percent and Morgan Stanley expecting a jump to 6.2 percent. Last week, People’s Bank of China, the nation’s central bank, raised interest rates by 25 basis points, or 0.25 percent, to stem inflationary risks. To curb inflation and a pricing bubble, Chinese authorities last month moved to decrease lending by imposing a higher reserve requirement on Chinese banks.