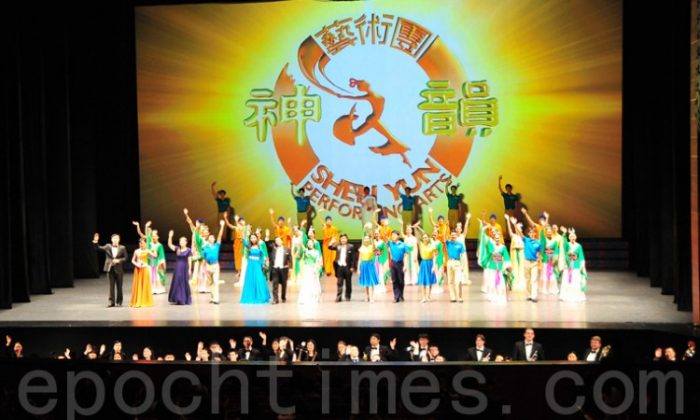 Mr. Ma had watched Shen Yun last year and was very impressed. After watching this year’s all-new performance, he said: “I’ve seen many different performances, but none of them can compare to Shen Yun. With their attention to detail, every aspect of Shen Yun is perfect and unique. The programs … are very moving.”

“Their professionalism was shown especially through the unity of the dancers. The cooperation on stage showed the entire company is one body; very well coordinated.”

“Chinese history is the root of our Korean culture. Through the performance, one could see the profound impact of Buddhism in society. The music is superb and filled with deep meaning. Many times during the performance, I could feel my heart pounding with excitement. The splendid backdrop and the dancers worked seamlessly, giving the audiences a wonderful real life experience. This is the highest form of art.”

Mr. Ma also said: “Shen Yun conveys the message that goodness will eventually defeat evil. As well as being entertaining, Shen Yun’s message is profound. The audience is moved and touched deeply. I really wish more people will get to see Shen Yun.”

Board Director Receives an Unprecedented Awakening

Eun Dong Kim, board director of Go Ryoung Cheonggiwa, was honored to be able to experience such exquisite beauty on display by Shen Yun. He said he felt an unprecedented awakening; whether it was the music or the beautiful images, he thought that “everything is so energetically powerful.”

As a company director in the tile business, Mr. Kim congratulated Shen Yun for putting on a successful performance at Daegu. As Shen Yun has become iconic in the world of performing arts, he was finally able to see it in person. He said, “I have longed for the arrival of Shen Yun. I was very impressed by the magnificent performance.”

“Shen Yun has come to South Korea many times, but this is my first time seeing Shen Yun. I regretted that I had not seen it earlier. I believe that those who have not seen Shen Yun would be regretful as well. I truly hope that everyone will be able to see this performance. It would be nice to be able to see it on a regular basis,” he said.

Dr. Kim, who also works as a senior advisor at the Korea Electrotechnology Research Institute, felt privileged, saying, “Today, I was able to see such brilliant dance and artistic performance by Shen Yun. I think fate has played a hand. I have traveled all over the world and seen many different performances. Nonetheless, today’s performance is the most special, for it has given me an unprecedented awakening, something I have never before experienced.”

Dr. Kim believed that there is a lot of similarity between China and South Korea in terms of the tradition that has been passed down over the generations. He loved the powerful presentation of classical Chinese dance, especially the difficult techniques and the variety of different skills that have been passed down over thousands of years.