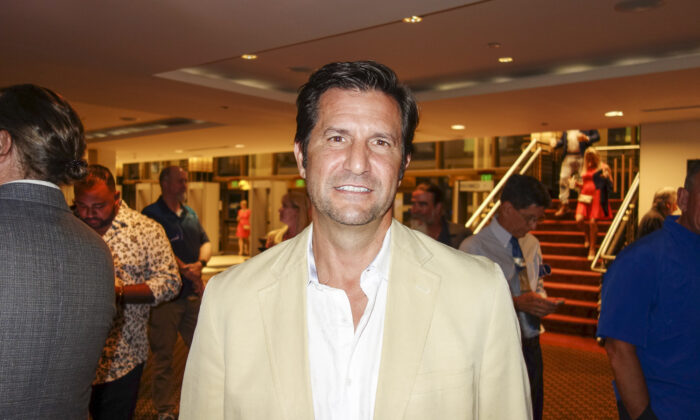 Chris Raniere at the Shen Yun Performing Arts performance at the Duke Energy Center for the Arts in St. Petersburg ,Fla., on May 28, 2022. (Lily Yu/The Epoch Times)

ST. PETERSBURG, Fla.—Chris Raniere, who works as a vice president at a software development company, notes that beyond presenting a beautiful performance, Shen Yun Performing Arts also showcases China’s culture to the audience.

New York-based Shen Yun presents classical Chinese dance and music. The company travels the world each year with all new programming, with a mission to revive China’s culture.

Mr. Raniere said it’s very important to bring back traditional culture, especially in modern times, as many things have deteriorated, he added.

“Bringing back traditional culture across the world is very important,” he said. “[Shen Yun does] a good job of explaining some really good things that I don’t think everyone totally understands.”

Mr. Raniere added that Shen Yun is very “elaborate,” and praised the different range of classical Chinese dances as well as different ethnic and folk dances presented by Shen Yun.

“The diversity of the dance is fantastic,” he said.

Brittany Scott, vice president at a cyber security company, said she found Shen Yun to be a vibrant performance.

“The colors are absolutely beautiful, and it tells a story without words,” she said. “It’s been really enjoyable to watch and really be taken in by just the beauty of the dancers and the colors.”

Ms. Scott said she was intrigued by the Shen Yun Orchestra, which plays original compositions to accompany the dances on stage.

“I’m very impressed by how brilliant they are and I really enjoyed the music and musicality of the performers and of the orchestra,” she said. “It was pretty incredible because it builds up and you can really go along with the story with the orchestra. It’s been incredible to watch,” she said.

“There’s a lot going on visually: the colors are beautiful, the movements beautiful,” he said. “I’ve never been anything like this before.”