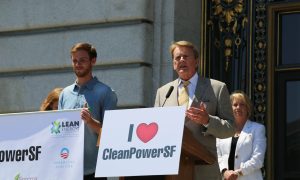 Business Is a Conversation

The culture of organizations in general is entrenched in who says what, to whom, and the thinking that this represents. This background conversation is invisible to most of us and is the “glue” that keeps us in the past. Thus, while some business conversations lead to action, others simply continue the talk.

A productive business conversation requires establishing shared commitments and listening from a perspective of trust and respect. It also requires a belief that “everyone is committed” and that no one comes to work wanting to do a poor job.

While listening for each person’s commitment involves a longer initial conversation, it also leads to accelerated actions and unprecedented results. People with shared commitments seldom engage in conversations “about” what’s occurring as if they were spectators. Instead, they speak about turning possibilities into action.

A request requires an action, and it is important that our request includes desired outcomes and timelines.

Chronic complainers tend to whine and moan, and often complain to those who can do nothing. A productive business conversation involves making requests to those who can do something about it. For example, the person has the authority, or the responsibility, to do something, or has the core competency, training, and any other conditions needed to accomplish the task.

There are those who have trouble saying or hearing “no,” but it is important to establish that “no” is an acceptable response. Long explanations about why we refuse illustrate our discomfort with simply saying “no.”

Perhaps we’re ill-advised to say no to a boss, but even then, if we are on the same page, “no” is better than saying “yes” and not accomplishing the end result on schedule.

If the manager making the request has access to resources or alternative choices, a preliminary “no” can lead to seeking other possibilities together, such as opportunities for coaching, training, or development.

Trying to do something and promising to do it are distinctly different perspectives. “I’ll try” is not an acceptable answer.

If we see that we cannot live up to our promise, it is important to quickly engage in a problem-solving conversation. The sooner we do this, the better chance we have of attaining our desired result.

Even if the person with the unfulfilled request is initially disappointed with our answer, with authenticity, there is a greater chance of maintaining a relationship of trust and respect.

This is challenging for most of us, since we tend to listen from our own perspective and judge others’ commitment accordingly. If our listening is one of trust first, we provide an environment in which people know they can authentically communicate their requests, proposals, inquiries, and concerns.

Imagine the possibility of an organization filled with people who come to work enthusiastic, knowing they will personally grow and flourish. They are intent on fulfilling the vision and goals of the larger organization. There is ease, grace, and effortlessness in the way they get things done.

• Work flows seamlessly among teams and functions.
• People take pleasure and pride in every aspect of the enterprise—for example, in the way they talk openly, listen to possibilities, and influence the structures around them.
• People are having fun, creating energy, and making a clearly recognized contribution to the future of the enterprise.

While this sounds like an impossible dream, such organizations do exist even in today’s challenging work environment.

His columns can be read at ept.ms/dave-mather