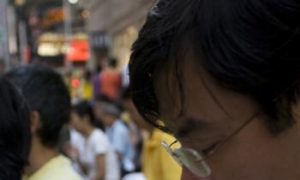 Canada-based Barrick Gold, the world’s biggest gold mining company, said on Monday that it has reached an agreement to purchase Equinox Minerals Ltd. for around $7.7 billion in cash. The bid is around 17 percent higher than the 20-day trailing average of Equinox’s shares, and exceeds a competing bid to purchase Equinox from China-based Minmetals Resources Ltd. Equinox, which is headquartered in Perth, Australia, will expand Barrick’s copper production due to its assets in Zambia and Saudi Arabia. Copper has been on a tear recently as demand from emerging markets such as China and India drove prices for the metal to a record high this year.

Consumer product maker Kimberly-Clark Corp.’s first quarter profits fell to $350 million, or 86 cents per share, the company announced Monday. Its profits were 8.9 percent lower than the same quarter a year ago. Earnings per share of 86 cents per share came in under analyst consensus estimates. Top-line revenues increased to $5 billion during the quarter, but its bottom-line was squeezed by higher commodity costs, the makers of Kleenex tissues and Huggies diapers said. “The rapid run-up in commodity costs has influenced our near-term profitability, so we are taking aggressive actions in response to the cost environment,” CEO Thomas Clark said in a statement. Kimberly-Clark has said that it would raise consumer prices to offset higher input costs.

Japanese automaker Nissan has issued a recall of around 195,000 SUVs in cold-weather areas after a two-month investigation by the U.S. National Highway Traffic Safety Administration (NHTSA). Nissan says that heavy usage of rock salt in some areas may lead to corrosion of vehicles, which could affect its steering column. The recall affects 1997–2003 Infiniti QX4 models, and 1996–2004 Nissan Pathfinder vehicles. No injuries related to the issue were reported by NHTSA or Nissan. Nissan will inspect vehicles and make repairs free of charge at its dealerships.