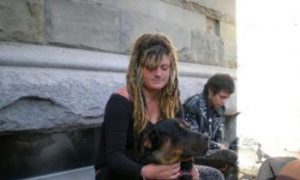 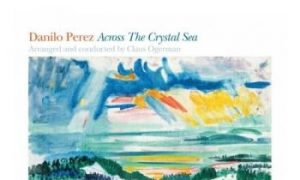 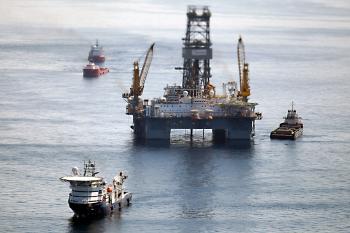 LOOKING FOR OIL: Ships work near the site of the BP Deepwater Horizon oil spill on Aug. 3, 2010 off the coast of Louisiana. BP will reportedly resume deepwater drilling in the Gulf of Mexico, after striking a deal with federal regulators. (Chris Graythen/Getty Images)
Business

BP Plc, the British oil giant, plans to resume deepwater drilling in the Gulf of Mexico for oil, less than a year after last April’s devastating accident caused environmental

and safety concerns across the U.S. South. The London Times first reported the move on Sunday, citing unknown sources, that BP struck a deal with U.S. regulators and promised to adhere to more stringent safety regulations after last year’s spill leaked more than 5 billion barrels of oil into the Gulf.

Ford Motor Co. Chief Executive Officer Alan Mulally received a pay package worth $26.5 million last year, according to analysis by the Detroit Free Press. The $26.5 million, given to Mulally after Ford made profits of more than $6 billion, is among the highest ever recorded in the automotive industry. The $26.5 million includes a base salary, bonus, and stock options and other compensation. In addition to Mulally, Ford executive Chairman Bill Ford, will also see his pay bumped. Ford, who worked without pay from 2005 to 2009, will be paid retroactively for his work during those years. Ford was paid $1.4 million, and an additional $3.4 million for 2008 and 2009.

Last week’s bid to purchase NYSE Euronext by Nasdaq OMX and Atlanta’s InterContinentalExchange Inc. for $11.3 billion in cash and stock trumps Deutsche Boerse’s earlier bid, but may face bigger U.S. antitrust hurdles. While regulators are divided over a foreign company controlling the iconic U.S. exchange, a combination of Nasdaq and NYSE would give the combined company nearly 100 percent market share in stock listings. The proposed Nasdaq deal is 19 percent higher than Deutsche’s. “Given that our proposal is clearly a superior proposal, we hope that NYSE Euronext’s Board will recognize this opportunity as well as the benefits for NYSE Euronext’s employees and customers,” said Nasdaq’s chief, Robert Greifeld, in statement.

Regional firm CenturyLink last Friday completed its acquisition of much larger, Denver-based telecommunications firm Qwest, becoming the nation’s third largest telecom provider behind AT&T and Verizon Communications. CenturyLink has not said what would become of Qwest’s 28,000 employees, but executives from the Louisiana-based company said that they would find out by end of June. The combined company, CenturyLink says, will save about $625 million per year in costs, due to lowered profitability in the traditional landline market as more consumers rely solely on mobile phones.