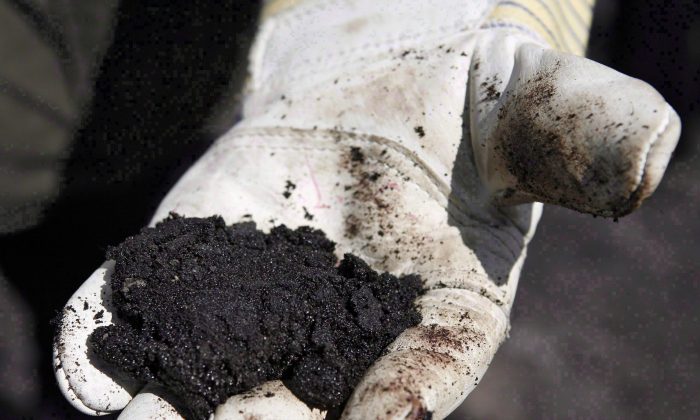 OTTAWA—The hiring and investment intentions of Canadian companies have dropped to their lowest levels since 2009 as the fallout from sliding commodity prices seeps beyond resource-rich regions, a new survey has found.

Companies are anticipating a darker road in 2016 with many facing “significant challenges” tied to the commodity and energy price plunges, according to the Bank of Canada’s latest business outlook survey.

“The negative effects of the oil price shock are also increasingly spreading beyond the energy-producing regions and sectors,” the central bank said in the quarterly report released Monday, Jan. 11.

“For example, many businesses across the energy supply chain continue to struggle as they adjust to an environment of weak demand.”

As a result, the poll found fewer firms expected to boost employment over the next 12 months, while plans to cut staff were more “widespread” with many companies citing a need to cut costs, the survey said.

Meanwhile, investment expectations for equipment and machinery also hit their lowest point in seven years. Many firms planned to curb spending to repair and replace existing equipment and, compared with recent surveys, the bank said there were fewer plans to expand production.

Many businesses across the energy supply chain continue to struggle.
— Bank of Canada

The survey’s interviews were conducted between mid-November and early December. Oil prices and the dollar have since slid even further.

The disappointing conclusions in the poll prompted at least one analyst to predict the Bank of Canada will cut its trend-setting interest rate at its next scheduled policy announcement Jan. 20.

Call for Another Rate Cut

The survey did say, however, that exporters remained optimistic that sales will benefit from strengthening foreign demand over the coming year, particularly amid widespread expectations of growth in the U.S. economy.

The questionnaire also found that some firms believe the lower dollar will boost foreign sales and tourism-related business. However, the devalued loonie also hikes the cost of products and services companies need to import from outside Canada.

Emanuella Enenajor, senior economist for Bank of American Merrill Lynch Global Research, now projects the Bank of Canada will lower its benchmark rate later this month for the third time in a year.

At the moment, the majority of analysts expect governor Stephen Poloz to hold off on moving the rate.

But Enenajor said her firm, which is forecasting Canada to show negative 0.4 economic growth over the final three months of 2015, thinks Poloz will drop the rate to 0.25 percent from 0.5 percent.

“Really, it’s been a been a constant barrage of disappointments, but in the last month I think the data have been particularly bad,” Enenajor said in an interview.

On Monday, the Bank of Canada also released the results of its latest senior loan officer survey, which focuses on business-lending practices over the final three months of last year.

It found that overall lending conditions had become more difficult for firms during the fourth quarter. Meanwhile, overall demand for credit was roughly unchanged.