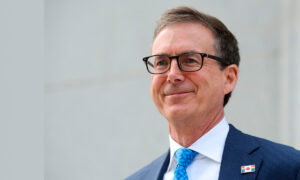 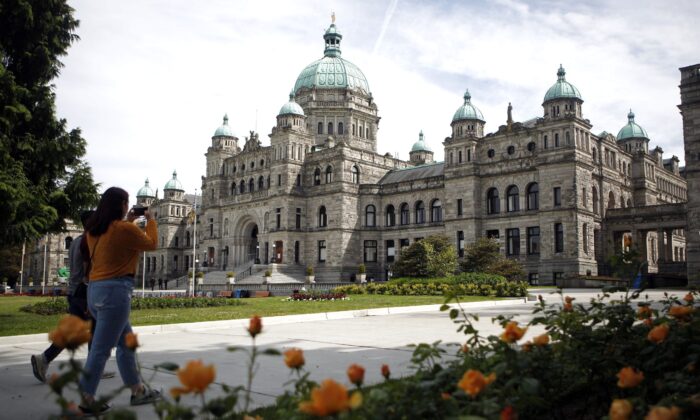 The B.C. Legislature in Victoria is shown on June 10, 2020. (The Canadian Press/Chad Hipolito)
Canada

Changes to workers’ compensation in British Columbia have been welcomed by labour and have upset employers. But injured workers who were denied payouts in the past remain unsatisfied by the reforms, while one analyst says they will place an extra burden on business owners amid the pandemic.

Bill 23, enacted into law on Aug. 14, made big changes to the Workers Compensation Act following three recent reviews of the system. The desire of the NDP-Green coalition government was to have a more worker-friendly system. The business community in B.C. believes an undue burden has been placed on it and fears still more may be yet ahead.

Muriel Protzer, senior policy analyst for B.C. and the North with the Canadian Federation of Independent Business, says the burden on business comes at a bad time.

“We’re in the middle of a pandemic here and it looks like the Ministry of Labour in B.C. decided just to go ahead on a shopping spree with business owners’ money,” Protzer told The Epoch Times.

“It is extremely unfortunate to see this happen. Not only are these changes, some of them, quite aggressive in nature, they will ultimately drive up the cost of the system and create a lot more uncertainty.”

Under the legislation, if a worker contracts a virus, including COVID-19, it will be presumed to have occurred in the workplace. Protzer said it is unfair that employers will have to pick up the tab as federal support programs wind down.

“You can get a bug anywhere really,” she says. “A lot of their workers are working from home in these scenarios, so that gets even trickier—what are we considering a workplace? … This policy, where it is presumed that the employee got it at the workplace, it’s definitely not the right tool.”

WorkSafeBC can now wait until an injured worker turns 63 before determining the worker’s retirement date—which is when the loss-of-earnings benefits would end—instead of simply using age 65. This means some workers may work past age 65 and thus continue receiving benefits, increasing the cost of benefits and making that cost harder to manage and project.

In addition, previously each disability claim considered whether a loss of earnings or loss of function would be more appropriate. Going forward, payouts will be determined by the higher of the two.

Employers also have a loss of certainty. Previously, workers had one year to submit a mental health claim from the date of exposure to a traumatic event or stressor, but now there is no time limit.

WorkSafeBC has also expanded its scope. It can now issue search and seizure for workplace investigations through judicial warrants under the Workers Compensation Act rather than the Offence Act. And now the Workers’ Compensation Appeal Tribunal (WCAT) can hear cases relating to the Charter of Rights and Freedoms and the B.C. Human Rights Code. Courts can also hear victim impact statements in cases against employers.

Protzer says it was reasonable to increase maximum insurable earnings from $87,100 to $100,000, given that this amount had not been adjusted in years. Even so, she says a deeper regulatory burden is the last thing businesses need as they struggle through the pandemic.

“This is driving up your cost, it’s creating uncertainty, and it’s creating a lot of stress for a lot of these individuals who are just trying to keep their doors open and their employees safe with all these regulations. Just adding this on top of everything is just really, really tipping them over the edge right now,” she says.

Under WorkSafeBC policy, the compensation fund has a policy of retaining 30 percent more in assets than liabilities. In 2019, the fund had a 54 percent surplus, equal to $7.3 billion. Protzer wishes the B.C. government had refunded employers as Alberta and the Yukon have.

BC Federation of Labour president Laird Cronk welcomed the changes, saying they “will prevent injuries and save lives.”

“Our top priorities are the health and safety of workers, and fair compensation for illness and injury. The goal hasn’t changed: a worker-centred workers’ compensation system. And today’s legislation takes us a big step towards that goal,” Cronk said in an Aug. 14 press release.

In 2019, B.C. Ombudsperson Jay Chalke said his office had received 701 complaints about WorkSafeBC and the WCAT during the previous three fiscal years. These included “complaints about delays in implementing Review Division and WCAT decisions and concerns about case management and claims handling.”

Chalke recommended that changes be made to the Workers Compensation Act to allow WorkSafeBC to correct its own errors even after its 75-day reconsideration period has passed. And this is now reflected in the legislation, as WorkSafeBC media relations officer Ivy Yuen explains by email.

“Bill 23 gives WorkSafeBC the authority to reconsider a decision, even after 75 days have elapsed, if the decision contains an obvious error or omission,” she writes. “However, the provincial government stated that it is not the intent of the amendment to reopen previous decisions where a worker or employer disagreed with the decision.”

WorkSafeBC does not comment on personal cases, such as that of George Kavallis. He injured his back while working in B.C. as a trucker for a vending machine company, but WorkSafeBC denied his claim. Kavallis says he talked to his case worker “about my MRIs, my CT scan, my doctor’s evidence, and my note from my employer that I was injured at work. And her exact words were, ‘The facts don’t matter.’”

Kavallis told The Epoch Times that Bill 23 fails to bring “due process.” He says that even when the courts side with complainants over wrongful denials, they only have jurisdiction to send the case back to WorkSafeBC and WCAT, which may simply reinforce their former decision.

“They are a kangaroo court that does not follow the rule of law, and are controlled outcomes bought and paid for by WCB (Workers’ Compensation Board) at their leisure. Even when you win a WCAT, they can turn around a few months later only to review your claim again and plateau you and cut off your benefits,” he said.

Businesses are bracing themselves for even more changes. Retired labour lawyer Janet Patterson has also conducted a review in recent months, one that the Retail Council of Canada said “business views as very biased towards the demands of organized labour.” “The Patterson report will be released in August and will result in pressure from labour to present yet another set of amendments,” the council added.

Correction: This article has been updated to accurately reflect WorkSafeBC’s compensation policy. The Epoch Times regrets the error.