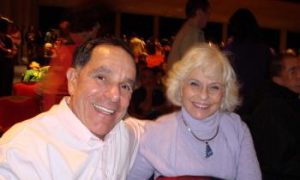 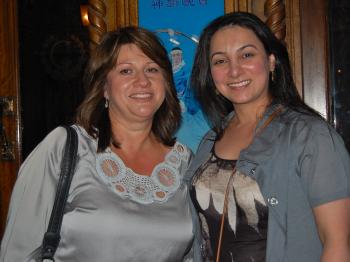 By Epoch Times Staff
biggersmaller
Print
SYDNEY—It was the intrigue of a foreign land that brought Maureen Mira and friend Nina Daniali to see the Shen Yun Performing Arts at Sydney's Capitol Theatre on Feb. 17.

“I think they did a great job, I thought it was really nice,” she said. “It is nice to see a lot of cultural traditions and the different costumes.”

Ms. Daniali was pleased to see how many different ethnic groups and dynasties were represented in Shen Yun's colourful dances. The show aims to represent the folk dances and characteristics of ethic groups across China's diverse landscape.

“The whole culture and traditions and the colour, the costumes were amazing,” said Ms. Daniali.

The ladies were impressed with the show's honest portrayal of injustice in modern China. Under the suppression of the current Communist regime, basic human rights and freedoms cannot be enjoyed by millions of Chinese people. Some of Shen Yun's dances tell the heroic stories of those who have been persecuted.

“It is a very creative way to express what people are going through,” Ms. Mira remarked. “It was fantastic we really enjoyed it.”

Steve Earl, president of a U.S. wireless company that constructs communications towers, was also at the show on Thursday Feb. 17 with his wife, Carol and son David. They were visiting David all the way from Idaho, USA, and David insisted they saw the show together.

“It was really inspiring—I really liked it. It was informative, I thought it was really great,” he said. “It explained how some freedoms have been repressed in China. We are hoping that things change in the near future.”

David, a manager in a communications company was interested in the cultural flair of Shen Yun.

“Very beautiful, I really like all the Chinese influences,” he said.

Ms. Earl was awed by the blend of the silk costumes, and the dancer's graceful movements, which came together to express the beauty and purity of traditional Chinese culture.

“A beautiful job on the costuming,” she said, “and the women could use their sleeves in different patterns and ways to make it more beautiful.”

“The preciseness of the dancing was really awesome,” Mr. Earl added.

The couple was also delighted with the musicianship in Shen Yun. There is a wide variety of musical performances in the show, including opera soloists and a full orchestra featuring Eastern and Western influences.

“The orchestra was beautiful, they worked hard to do that,” said Ms. Earl.

“I liked the way they mixed the Chinese interments in with the conventional [Western] ones,” Mr. Earl added.

In one of the opera solos, the lyrics struck a chord with Mr. Earl. The song spoke of the ancient Chinese belief that humans will ascend to heaven if they cultivate their moral character on earth.

“It says the reason the earth was created was to help people to get back to heaven,” Mr. Earl recalled, adding that he liked this idea “very much.”