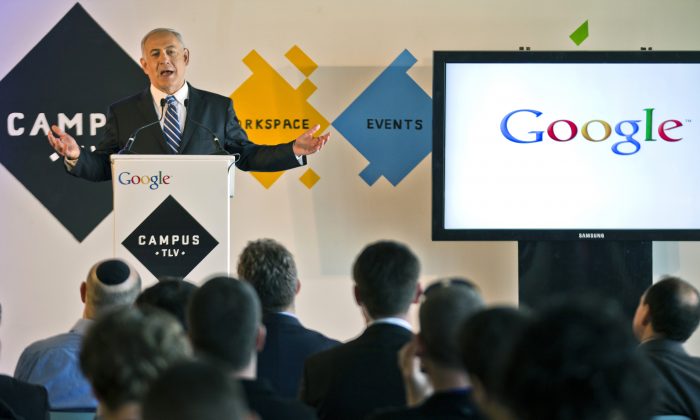 Business and Economy Suffer in Israel in Times of Unrest

A group of Israeli businessmen has warned Israeli Prime Benjamin Netanyahu that failure to reach peace with Palestinians has a high economic cost for Israel. The businessmen, who were invited to the meeting by Netanyahu himself, told him that, unless there is diplomatic progress, the Israeli economy won’t reach its full potential.

According to the businessmen, some of whom were friends of the Prime Minister, if there is no progress towards peace, Israel will cease to be the startup nation, it will continue to have an accelerated brain drain, and foreign investors will refuse to invest in an explosive environment. At the same time, the defense budget will continue to drain the country’s resources.

The head of the group was Yossi Vardi, who had been an economic adviser to Netanyahu during the talks with the Palestinians that led to the Wye Agreement of 1998, where Arafat accepted the nullification of the Palestinian National Charter Provisions that called for the destruction of Israel.

The private meeting with Netanyahu took place before the start of the “Breaking the Impasse” initiative, where a few hundred top Israeli and Palestinian business leaders “sent a message” to their respective governments, urging them to reach a peace deal. “We hear the voice of the extremists, but the majority is silent,” said Yossi Vardi. What makes this initiative particularly valuable is that, together, the firms headed by these businessmen represent about a third of the region’s economy and employ tens of thousands of workers.

There is a direct correlation between absence of overt conflict and economic development. In 1987, at the time of the outbreak of the first Intifadah, Israel’s economic growth was 6.1%, according to the ADVA Center, an independent policy center in Tel Aviv. One year later, it declined to 3.6% and in 1989 it declined even further to 1.4%. Economic growth only resumed at the time of a large immigration wave from the Soviet Union, from which one effect was to stimulate the economy.

In 2000, at the time of the second Intifadah, Israel experienced a remarkably high economic growth (9.2%), partly as a result of the sale of several hi-tech startups. This was followed by three years of deep recession, considered the longest in Israel’s history. The economy only recovered after the second half of 2003.

For the last decade, Israel has had to face the choice of increasing the budget for social services or spending more money on security issues. One of the casualties of limited spending on social issues is the increasing levels of poverty since the middle of the 1980s. In 1985, the poverty rate for families was 11.4%; it increased to 16.8% in 1995 and in 2010 it was 19.8%, after reaching over 20% for a short period.

Several factors can be responsible for these high rates of poverty, such as the arrival of hundreds of thousands of immigrants from the former Soviet Union and Ethiopia, most of whom are unemployed or work for low wages; a labor market with high levels of unemployment; and policies that tend to lower labor costs by weakening labor unions.

But also important among those factors are the high costs of maintaining the occupation of the Palestinian territories and the increased defense budget. “An in-depth analysis of the factors causing Israel to have more poor than any other developed country cannot overlook the fact that Israel spends 7% of its GDP on defense, compared with 1.5% on average in the other developed countries,” stated Prof. Momi Dahan, a Senior Fellow at the Israel Democracy Institute, where he heads the Inequality and Public Policy project.

All those actions only contribute to creating an atmosphere of distrust that makes a peace agreement more difficult. For Israel, to persist on those policies cast serious doubts on their legality and undermine its status as “the only democracy in the Middle East.” To persist on those policies will become a boomerang that may hinder the prospects for the country’s development as a democratic state.