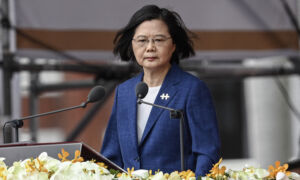 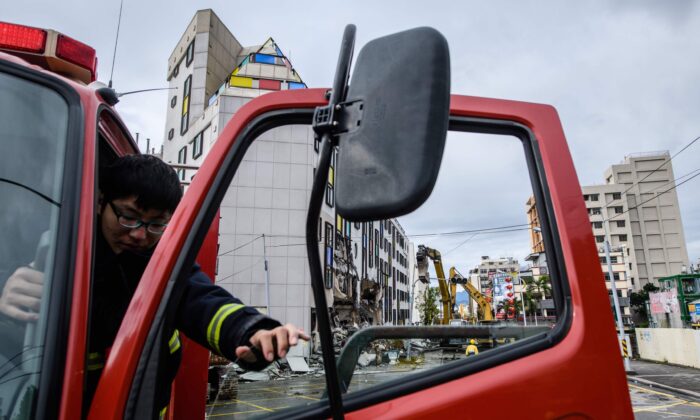 A fireman steps out of his firetruck in the Taiwanese city of Hualien on Feb. 9, 2018. (ANTHONY WALLACE/AFP via Getty Images)
Asia & Pacific

The over 40-year-old mixed use building caught on fire around 3 a.m., fire department officials in the city of Kaohsiung said. Firefighters were conducting search and rescue efforts Thursday morning.

While the fire has been put out, the lower levels of the building were completely blackened.

The blaze was “extremely fierce,” and destroyed many floors of the building, according to the statement from the fire department.

Firefighters are unsure of the source of the fire, but noted flames burned most intensely where a lot of clutter had been piled up.

According to an official statement, the building had shops in the lower levels and apartments above.