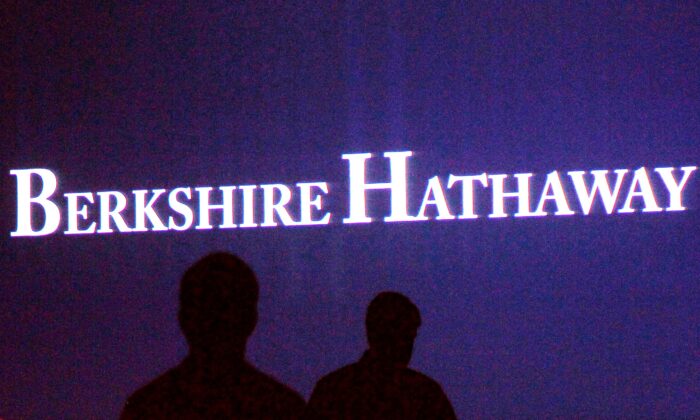 Berkshire Hathaway shareholders walk by a video screen at the company's annual meeting in Omaha on May 4, 2013. (Rick Wilking/Reuters)
Companies

Warren Buffett’s Berkshire Hathaway Inc. on Saturday reported improved operating results as it extended its rebound from the early stages of the pandemic, even as it cut back some stock holdings and boosted its cash hoard to a record.

Berkshire also said it repurchased $7.6 billion of its own stock in the third quarter, reflecting its need to put cash to work as share prices regularly set new highs and purchases of whole companies appeared too expensive.

The repurchases and other stock market activity suggest Buffett sees greater value in his own company than in others.

Indeed, Berkshire ended September with $149.2 billion of cash and equivalents, and sold about $2 billion more stock than it bought in the quarter.

Net income declined 66 percent to $10.3 billion, or $6,882 per Class A share, from $30.1 billion, reflecting lower unrealized gains on Berkshire’s common stock holdings including Apple Inc. and Bank of America Corp.

The share repurchases boosted total buybacks to $20.2 billion this year, and close to $45 billion since the end of 2019. Berkshire’s share count declined further in October, suggesting it repurchased another $1.7 billion of its own stock.

Buffett’s inactivity in purchasing stocks and whole companies has disappointed some investors and analysts.

It stems in part from the stock market rally and the role of special purpose acquisition companies (SPACs), which take private companies public, in driving up prices of acquisition targets.

“It’s a killer,” Buffett said at Berkshire’s annual meeting on May 1, referring to SPACs.