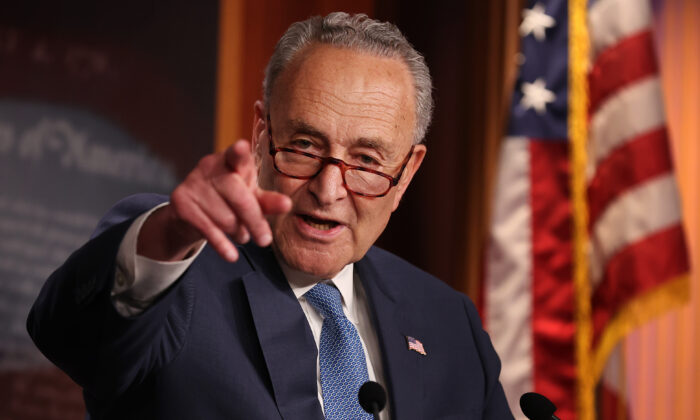 Senate parliamentarian Elizabeth MacDonough on Sept. 19 ruled that Democrats can’t include a provision aimed to give millions of illegal immigrants a pathway to citizenship in their $3.5 trillion spending measure.

MacDonough in her guidance said that the Democrats’ provision is “by any standard a broad, new immigration policy,” and that it doesn’t meet the stringent requirements of what can be included in the budget resolution.

“The policy changes of this proposal far outweigh the budgetary impact scored to it and it is not appropriate for inclusion in reconciliation,” she wrote, referring to a parliamentary procedure that allows certain budget bills to pass through the deliberative upper chamber with only a simple majority, bypassing a likely filibuster by opponents.

First used by Congress in 1980, the process allows for expedited consideration of certain tax, spending, and debt-limit legislation. Ultimately, what’s allowed under this process is up to MacDonough, whose job it is to protect independent due process.

In a statement, Senate Democratic Leader Chuck Schumer (D-N.Y.) said Democrats were “deeply disappointed in this decision but the fight to provide lawful status for immigrants in budget reconciliation continues.”

“Democrats will not be able to stuff their most radical amnesty proposals into the reckless taxing and spending spree they are assembling behind closed doors,” McConnell added. “This just illustrates how radical Democrats’ aspirations are and how unmoored their far-left wish list has become from the procedures they want to use to ram it through.”