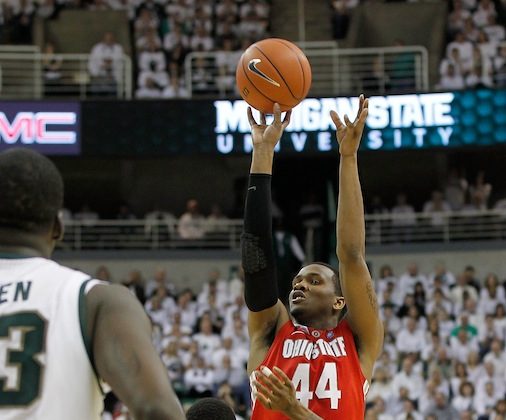 The two points for Buford, the Buckeyes’ only starting senior, gave him a game-high 25 points. On the other side, Draymond Green led Michigan State with 19 points and 12 rebounds.

The win leaves Ohio State and Michigan State tied with Michigan at 13-5 for a share of the conference title.

The Ohio State win seemed somewhat improbable in the first half as Tom Izzo’s Spartans led by as many as 15 points. By halftime the lead had shrunk to 38–29 and then finally Ohio State regained the lead with just under 10 minutes left at 52–51.

From that point on the lead changed hands 10 times with 7 ties.