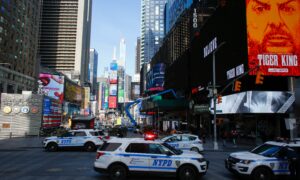 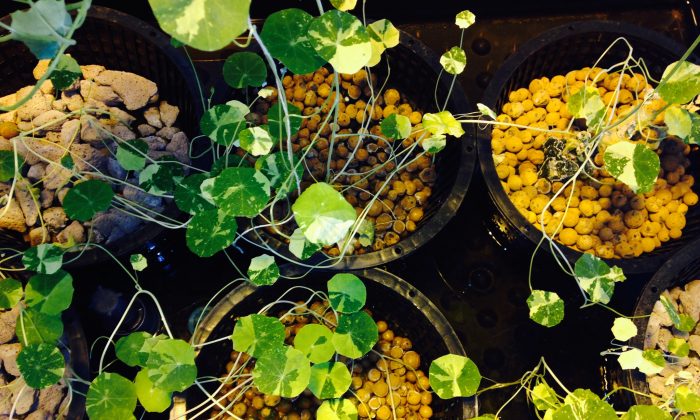 NEW YORK—The parents at PS 84 agreed that science is a subject better learned with hands-on experience, and are very happy about the indoor green room on the school’s third floor.

The room is a laboratory that houses a hydroponic urban farm, where edible plants such as cucumbers and lettuce are grown with mineral nutrient solutions in water, without soil.

There, students can plant seeds, monitor the plants’ growth, while learning about sustainability and urban farming.

The green room is a result of the collaboration between the PS 84 and New York Sun Works, a nonprofit that aims to educate students and teachers about the science of sustainability by building hydroponic farms that can be used in the school’s environmental science curriculum.

“We use hydroponic technology because it’s a new technology that is very suitable for an urban environment, Zamora said. “It is easy to maintain, it uses less water than traditional farming, and it’s less weight than soil.”

But the room is only the first step. The school will kick off construction of a rooftop greenhouse this winter, and by September 2014, the students will be able to utilize the 1,500-square-foot greenhouse, the first of its kind in Brooklyn.

Heather Langsner and Diana Zelvin are the two parents who spearheaded the project. Langsner stumbled upon the New York Sun Works website where she learned of the Green House initiative, which had already been implemented at PS 333 on the Upper West Side.

“We headed up there and we saw this greenhouse, and we said: this is what we need,” said Zelvin, whose son is a first grade student at PS 84.

The greenhouse will cost $1 million to build. Zelvin had heard that schools in Manhattan had received funding for greenhouses from politicians, so she reached out Council members Diana Reyna and Steve Levin, as well as Brooklyn Borough President Marty Markowitz. PS 84 received the funding. At the same time, school staff and parents raised another $100,000 from private sources to pay for the architect.

The green room was built in September 2012 as a way to kickstart the Greenhouse Project classroom while the greenhouse is being designed and constructed. The room will be kept even when the greenhouse is complete so all students from kindergarten to eighth grade can have access to both classrooms.

The completed greenhouse will have several components including an aquaponics system, which involves keeping a fish tank and using fish waste as plant fertilizer, eliminating the need for chemical fertilizers. Solar panels that will power the fans used in the greenhouse and a rainwater capture system will provide the 100 gallons of water the greenhouse needs daily. Beneficial bugs will be deployed to fight pests instead of using pesticides.

New York Sun Works staff help train teachers at participating schools on how to use the greenhouse technology and fully integrate it into a science curriculum. The nonprofit also suggests that the food produced in the greenhouse to used in the cafeteria. Other options include teaching cooking classes with the produce or running a student-operated farm stand.