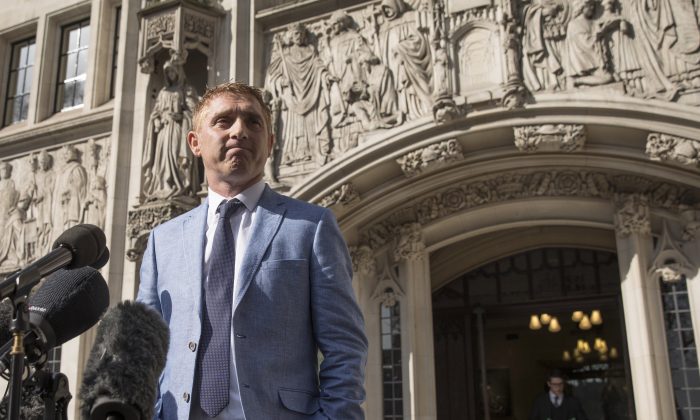 LONDON, ENGLAND - APRIL 06: Jon Platt speaks to the media outside the Supreme Court on April 6, 2017 in London, England. Mr Platt lost his legal challenge today at the Supreme Court, over a fine for taking his daughter on holiday during term-time. (Photo by Dan Kitwood/Getty Images)
International

Tens of thousands of parents in England will again face fines for taking their children out of school to go on holiday, after a Supreme Court ruling on April 6.

The ruling reversed a win at a lower court for a father who took his 7-year-old daughter out of school for a trip to Disneyland.

Before the case was escalated to the Supreme Court, Jon Platt had successfully challenged his local council’s 120-pound fine in the High Court.

The High Court ruling had emboldened parents to book holidays out of vacation time, as councils held back from issuing fines ahead of the Supreme Court ruling.

“The issue is no longer about term-time holidays,” Platt said in a statement outside the court. “It is about the state taking the rights of parents away when it comes to making decisions about their children.”

Platt had argued that he met the legal requirements for “regular attendance” because his daughter’s overall attendance was within acceptable range.

The majority of Brits go abroad for holidays, with the cost typically rising by 50 percent during school vacation time. Many parents simply factor the fines (60 pounds per child, per parent) into their holiday costs.