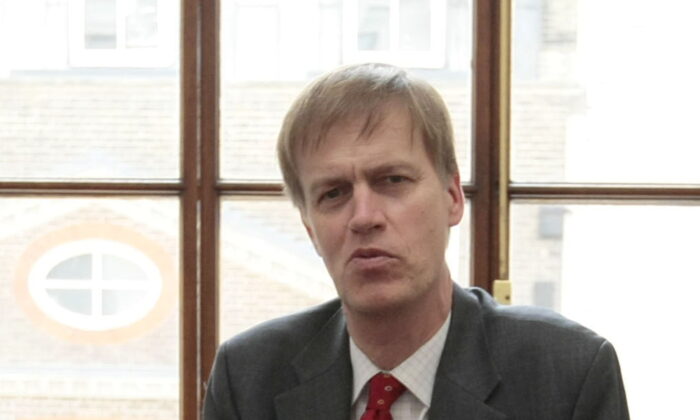 A Labour former minister has said he would welcome the opportunity to meet the woman who stabbed him more than 11 years ago as part of a “restorative justice process”.

East Ham MP Stephen Timms said he had received a letter from Roshonara Choudhry, currently serving a life sentence for attempted murder, apologising for having stabbed him several times at a constituency surgery in 2010.

After the killing of Conservative MP Sir David Amess last October, Timms spoke of wishing to meet his attacker face-to-face before she is released from prison.

In an interview with Gloria de Piero on GB News due to be broadcast at 12.30pm on Wednesday, Timms said: “I’ve recently had three letters from her which the police have given to me. I wasn’t aware of their existence until the police gave all three of them.

“They were written over a period, I think. And in the third of them she says she’s sorry about what happened. So we’re in a restorative justice process at the moment which may lead to me meeting her at some point before she’s released from prison.

“And I’d welcome that if that opportunity does arise. We’ll have to see whether it does or not.”

The MP said Choudhry, a Muslim, had been “radicalised” but added the event had “strengthened” his relationship with Muslim constituents, who offered support in the aftermath of the attack.

Timms, who was a Treasury minister under the New Labour government, said he thought Choudhry was coming to shake his hand before the stabbing, and “wasn’t sure she succeeded” until he lifted his shirt in the men’s toilets and saw “quite a lot of blood”.

In the GB News interview, Timms also spoke about the “terrible loss” of fellow Labour MP Jo Cox, murdered in 2016, and the killing of Sir David.

Timms added it was important that MPs continue to “be accessible to their constituents” in spite of the growing sense of security risks they face.

He added: “I think if we were to disappear behind some barriers, I think that would be a real loss to democracy in Britain.”

In a Commons debate last year where MPs paid tribute to Sir David after his death, the Labour MP said he would like to meet his attacker face-to-face in order to forgive her.