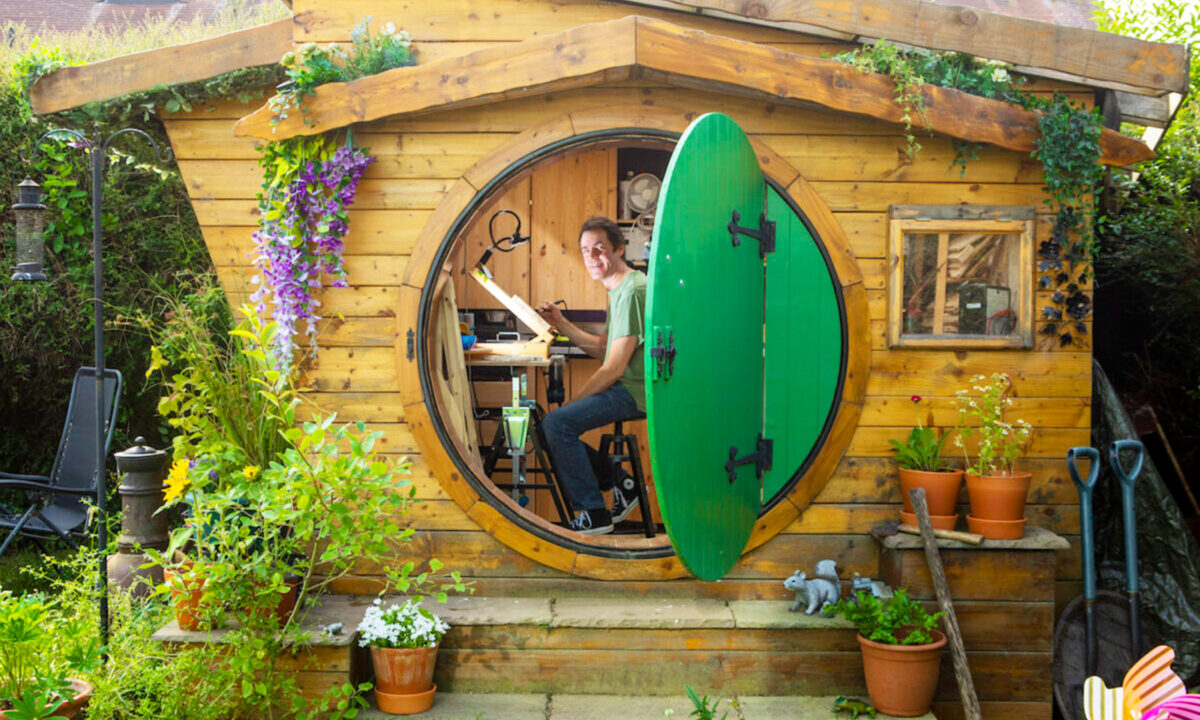 An IKEA employee from Scotland has fulfilled his childhood dream of building a “Hobbit House” in his back garden.

Ali Hughson, 47, has been a fan of J.R.R. Tolkien since he was a teenager and loved the idea of having a Hobbit-themed workshop. Ali spent six months and 2,000 pounds (approx. US$2,800) building the 2-meter-tall shed, which even features the iconic round green door made famous in the Peter Jackson films.

Wood artist Ali, who also works with IKEA, says he was always fascinated by the idea of the hobbits’ houses and of being underground and surrounded by nature.

“There were illustrations in the books so I kind of had an idea from my younger days, then the movies brought it to life,” Ali said. “I just wanted to make something more magical than your normal garden shed.”

Ali had stayed for 10 years in Edinburg but didn’t get an opportunity to build the hobbit house as he had a shared garden. However, when he and his family moved to South Queensferry, they had a garden of their own and a shed too. He then decided to make it special.

“I needed a workshop, so I decided to knock the shed down and build it there in the garden,” Ali said. “We designed it to the shape of the garden.”

He began planning the project three years ago and the entire project took a period of six months to complete.

In the last couple of years, he has been busy adding the final touches.

However, the process wasn’t at all smooth, Ali did encounter some challenges such as fitting the round door.

Describing the process in detail, Ali said: “It’s a timber-framed building, we started off by putting posts into the ground and putting a level bedding on it.”

For the cladding, Ali used low-cost wood and spent weeks sanding it down. As for installing the door, he started with an octagon shape framework and then bent wood round to make the circular frame.

“It was a relief when I realized it would fit,” Ali said.

The father of two states that the slanted roof gives it a good head height, thus not limiting it to just the hobbits.

Ali, who works from there, revealed that his sons, Joe, 22, and Jamie, 13, are wowed by the creation, and Jamie also enjoys playing over there.

“I’m looking forward to my granddaughter getting a bit older to appreciate it, as she is a bit too young right now,” Ali said.

Apart from his family, neighbors who have watched it getting built from scratch love it.

Ali plans to turf the roof, plant flowers on top to attract bees, and install a log burner and chimney in time for winter.

“I’m really proud of it, really happy we decided to go down the route of a magical-looking workshop,” Ali concluded.