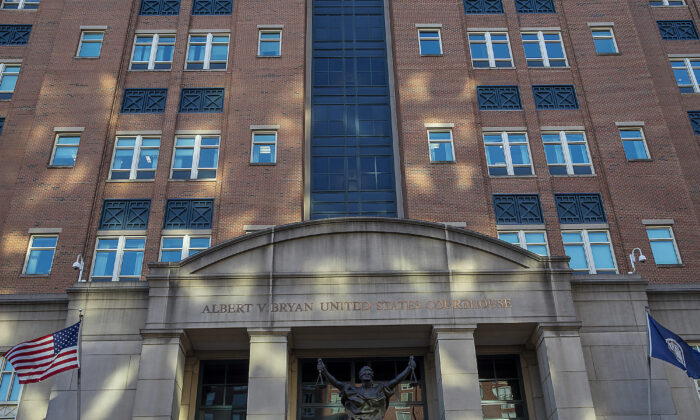 U.S. District Court is shown as the case against two ISIS-cell members dubbed "the Beatles" the two men showed up remotely at the federal courthouse and have been charged with the murder of American citizens in Alexandria, Va., on Oct. 07, 2020. (Tasos Katopodis/Getty Images)
By Web Staff