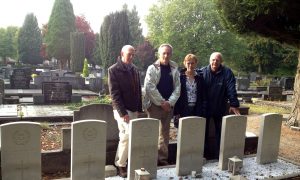 A Tale of Survival and Loss in WWII
0 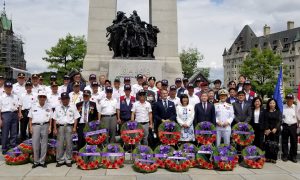 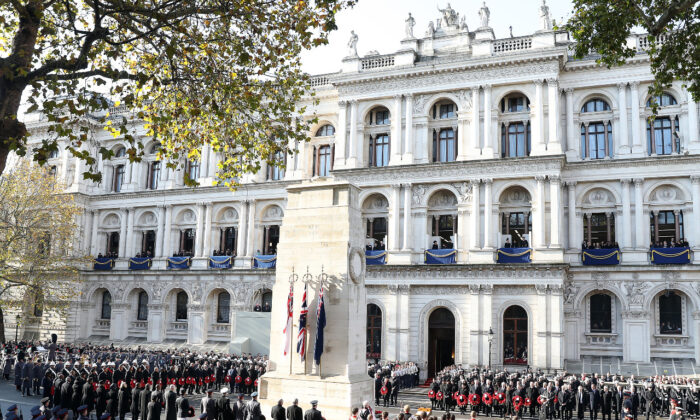 A general view during the annual Remembrance Sunday memorial at The Cenotaph is shown in London on Nov. 10, 2019, (Chris Jackson/Getty Images)
UK

The government has asked the British public not to gather at the Cenotaph in London on Remembrance Sunday this year due to the ongoing CCP virus pandemic.

In a media release on Thursday, the government said the Nov. 8 National Service of Remembrance to remember the country’s servicemen and women and those who gave their lives to defend their country will not be open to the public for the “first time in history.”

It said the service with its definitive two minutes’ silence at 11 a.m., when the gathered crowds of around 10,000 normally fall silent in tribute to the dead, would be closed to the public “in line with the latest expert medical and scientific advice.”

Despite it being the centenary year of the unveiling of the Cenotaph by King George V on Armistice Day 1920, Culture Secretary Oliver Dowden said he was asking people to “watch safely from home” to keep “veterans and the public safe.”

He said it was with a “heavy heart” that he was requesting the public stay away from the service in memory of those who had paid “the ultimate sacrifice.”

The ceremony itself will still take place, with the traditional laying of wreaths of red poppies by dignitaries and invited veterans, but with neither the public nor the iconic march past of hundreds of the country’s veterans and serving members of the armed forces, the government said.

It will be broadcast to the nation on the BBC.

The government said it had advised local authorities in England about events at community war memorials that usually take place simultaneously around the country in a nationwide show of remembrance and respect.

The Royal British Legion, which normally organises the annual remembrance service and march past, said in a statement that it recognised the move to exclude the public would be “deeply disappointing.”

It said the decision had not been “taken lightly” and that a “government-led” service at the Cenotaph will take place as a “closed ceremony.”

The Legion encouraged people to engage in a “remote and socially distanced Remembrance activity, whether that be watching the service on television or pausing for the two-minute silence in their home or on their doorsteps.”

The government request comes on the same day that they announced that London’s alert level, under the UK’s new three-tiered system of CCP virus restrictions, will move from “medium” to “high” at midnight on Friday, Oct. 16.

The Cenotaph or “empty tomb” in London’s Whitehall is dedicated to “The Glorious Dead” and was initially put up as a temporary installation to mark Peace Day in July 1919. It was then, by popular demand, commissioned as a permanent memorial.