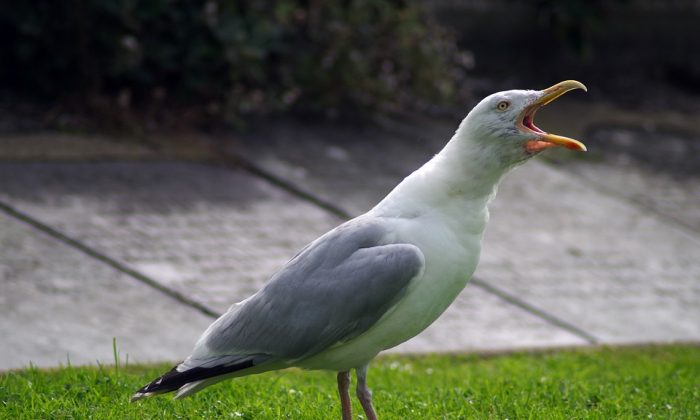 Bright Orange Bird Turns Out to Be Seagull Covered in Curry

An unusual-looking bright orange bird was rescued by a wildlife hospital after it was found on the side of a road in the United Kingdom.

However, that orange hue isn’t its natural color.

“This is one of the strangest casualty circumstances we have seen in a while!” said a Facebook post from Tiggywinkles Wildlife Hospital, where the bird was sent.

The hospital, located in Buckinghamshire, said the bird was actually a seagull covered in curry. The bird had a “pungent smell,” but it was healthy, officials said.

Rescuers were able to clean the orange curry from the herring gull.

“This bright-orange herring gull was rescued by kind members of the public who spotted him at the side of the A41. When they called to say they had picked up an orange bird, we had no idea what to expect—and would never have guessed at this,” the hospital wrote.

It added: “Our veterinary team bravely bathed the gull (now named Vinny after a Vindaloo curry) to clean off his feathers. He managed to cover them in curry water, but eventually did let us scrub him clean.”

After the bath, the seagull is now ready to be released, the hospital wrote.

“As we say, we never know what will come through our doors next,” the hospital said. “Huge thanks to the lovely finders who stopped to rescue him.”

It isn’t the first time such a thing happened.

In 2016, a seagull fell into a pot of tikka masala, which was taken to the Vale Wildlife Hospital & Rehabilitation Center in Gloucestershire, England.

“We’ve cleaned him up and he is doing well, with no upset tummy! Hopefully he’ll stick to a much more bland diet in the future!!” Lucy Kells, a veterinary nurse told CNN at the time.

Roy and Brenda Pickard were held hostage by seagulls inside their home for almost a week in Lancashire, northwest England, with the angry birds threatening them every time they opened their door.

The elderly couple was not able to leave their house for six days as two seagull chicks nested over the canopy on the front door, reported the Daily Mail. Roy even ended up at the hospital after trying to make an escape.

The birds nesting on their door were herring gulls which, according to the Royal Society for the Protection of Birds (RSPB), are decreasing in number and are protected under law.

“They are protected once nesting and so there are limited solutions available,” Wyre Council spokesman told The Telegraph.

The RSPB states that herring gulls are extremely noisy and are found throughout the year along the coast. The seagulls often adopt rooftops as nesting sites because they are safe from predators, and homes are a good source of food.

Since the chicks were just 9 feet above the ground, every time the elderly couple tried to get out of their front door, the over-protective gull parents would fiercely attack them.

Eventually, Roy was attacked on the neck by a gull and had to go to the hospital for treatment, reported The Telegraph.

“If that bird had hit me in the face instead of the back of the head, I dread to think how seriously injured I would have been,” he said, according to the Daily Mail.