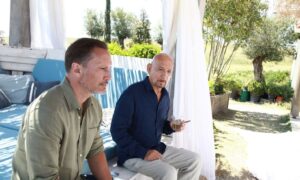 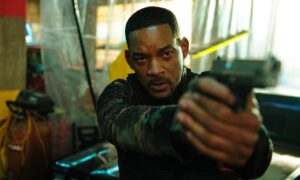 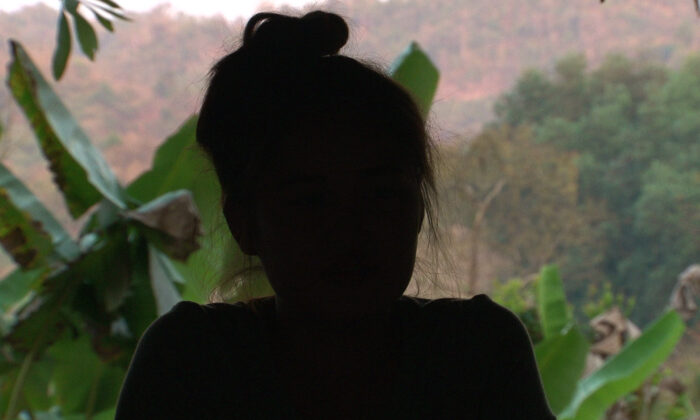 A survivor of sexual slavery from Thailand, as she appears in Kelly Galindo’s documentary-film project “26 Seconds.” (Courtesy of Kelly Galindo)
Film & TV

As 100 million Americans gear up to watch the Super Bowl this weekend on TV, a horrific black market trade booms in Miami this week, the week before the game.

“[Men] leave their wives and say, ‘I’m going to go meet somebody for the Super Bowl and have fun.’ ‘OK, honey. Bye, have fun,’” filmmaker Kelly Galindo told me in a phone interview. The week before the big game, for “all the parties that are happening, human traffickers bring in girls because men want to buy [underage] girls.” She said this happens at any big sporting event, even the Olympics.

Galindo is the producer, director, and writer of “26 Seconds,” a two-stage film project that reveals the global epidemic of child sex trafficking. The first stage is a two-hour feature documentary that’s currently in post-production. The second stage is a dramatic documentary miniseries.

Both the feature documentary and miniseries will unveil underground footage and interviews from Thailand, Cambodia, Iraq, India, East Africa, Mexico, and the United States.

In 2018, Galindo went to Minneapolis to shoot footage for her project the week of Super Bowl LII. Typically, traffickers would bring in busloads of underage girls for parties, hotel bars, and to roam the streets.

“That’s what I thought that I was going to encounter,” Galindo said. But it was snowing that week in Minneapolis, so the entire illegal trade went on indoors, out of public sight, online. Johns—the nickname for men who buy prostitutes—ordered the girls online.

“[Online] is more discreet … [Johns] can pick what they want. ‘I want them 12, 14, blond, whatever,’” Galindo said. Then the trafficker brings the sex slave to the John’s hotel room. “What’s most upsetting is the demand is for a child. The Johns want to buy children. This is horrific.”

Galindo, who is also a professor at Chapman University, at Dodge College of Film and Media Arts in Southern California, said faith has played a major driving force for her four-year project “26 Seconds.”

“At this stage of my life, I only want to do things that matter,” she said. “The whole problem is this is a spiritual issue globally, and traffickers and Johns are dehumanizing women and selling children.”

Sex trafficking is a complex issue that takes different forms in different countries, but the industry is the same at its core.

“Trafficking is all about money at the expense of children and the vulnerable,” Galindo said.

The pilot episode of the docuseries “26 Seconds” investigates sex trafficking in Thailand and Cambodia. As it begins, disturbing statistics pop up on screen:

Human trafficking is the fastest growing illegal industry in the world.
1.2 million children are trafficked every year.
There are more slaves today than anytime in our history.
Forced labor is a $150 billion per year industry.

The last statistic gives the project its name: “One child every 26 seconds is trafficked globally.”

The pilot tells the story of a young girl survivor, who had been repeatedly sold and raped, often up to seven times a night.

“I was in pain,” the survivor said in the episode. “I thought I’d never get out of that place. At the time, I didn’t feel any love for myself.”

One of Galindo’s partner nonprofits, Destiny Rescue, rescued the girl. The organization is a Christian nonprofit that rescues sex-trafficked children in Thailand, Cambodia, Laos, Philippines, the Dominican Republic, and India.

Extreme poverty in Southeast Asia is often at the root of the sex trafficking industry.

Galindo explained that in Thailand and Cambodia sex trafficking is culturally accepted. The oldest daughter is chosen and sent away to these clubs to work, which pays unpaid debts and living expenses for the rest of the family.

“If you were to talk to the parents, they don’t even know they’re doing anything wrong. … I’ve talked to some parents and they feel like they’ve won the jackpot. They’re so happy when they have a little girl so that they can make money off of her. It’s awful,” Galindo said. The pilot notes that most of the parents are addicted to drugs as well.

The eldest girl won’t embarrass her family, so she goes willingly into sex trafficking.

“They’re not happy, of course, being in that environment,” Galindo said. “When they get rescued, they’re so happy—they’re little girls.” If an organization rescues a girl, the parents become infuriated at the loss of money, so the nonprofit will offer financial assistance to the family to save their little girl.

At the end of the pilot, you’re reminded that during the course of watching the eight-minute pilot episode, 18 children have been trafficked.

The Underbelly of Sunny California

Before she was a professor at Chapman University, Galindo was a TV and film actress, guest starring on “ER,” “Sons of Anarchy,” and “The Closer.”

“My experience in Hollywood, even though I was not trafficked, I was certainly exploited and I watched others even have worse experiences,” she said. It’s why she thinks sex exploitation hit home for her. “I just felt a kindred spirit for these women.”

When Galindo started her research back in the spring of 2016, she found most sex trafficking documentaries focused on developing countries, especially Thailand, India, and Mexico. But she wanted to shine a light on the black market industry booming in Southern California. For example, one victim in her documentary is a 10-year-old girl survivor, who was raped in a hotel across from Disneyland.

Victims are lured into trafficking in a different way in the United States. Oftentimes, children have been sexually abused or molested, or they are from the foster care system with no money, no family, and no education.

“They [might] start out as a stripper, then it turns into a call girl, and then the next thing you know, they have a pimp,” Galindo said. “[Or traffickers] go and befriend them, they behave like their boyfriends, and then they’re taking their cell phones away and pushing them out and saying you owe us,” threatening the girls who have no one to turn to.

In Galindo’s feature documentary, which is currently being edited, one survivor had just graduated from high school and attended an interview at a busy hotel for a national sales job.

“There were tons of people there, so it looked like a real interview,” Galindo said. The girl got the job, and on the way out of state to her first sales prospect, her phone and identification were taken away, and her life was threatened if she tried to escape. She was then forced to sexually service men during their lunch breaks at their offices or hotels, traveling state to state.

In another story from the feature documentary, one of the girls was abducted at age 14 and taken to a house in Palm Springs, California.

“When she got there, there were all ages of children between 2 and up to their 20s. There was a big glass [window], and influential and really wealthy people would come in, pick who they wanted. Happening right here in the USA. A woman came in and bought her, a woman politician,” Galindo said. “The reality is this is rampant in Hollywood; this is rampant in politics.”

Since Galindo believes the root of human trafficking is a spiritual and moral problem, the best way to combat it long-term is with stricter prosecution and faith in God.

“All of [our partner] organizations are nonprofit Christian organizations,” she said. Early on in the project, Galindo joined the human trafficking ministry at Rick Warren’s Saddleback Church in Orange County, California.

“We go out to rescue girls, [pray with them], and give them a bracelet with a phone number if they want to get out of the life,” Galindo said. Very few victims would leave the night rescuers speak to them because pimps were always watching. But if they called later, the girls would be rescued and brought to safe homes.

“In safe homes, they take the survivor through the restoration healing process with trained professional psychologists for trauma. They’re also being taught [how to approach] healing through spirituality and through God. It takes both,” she said.