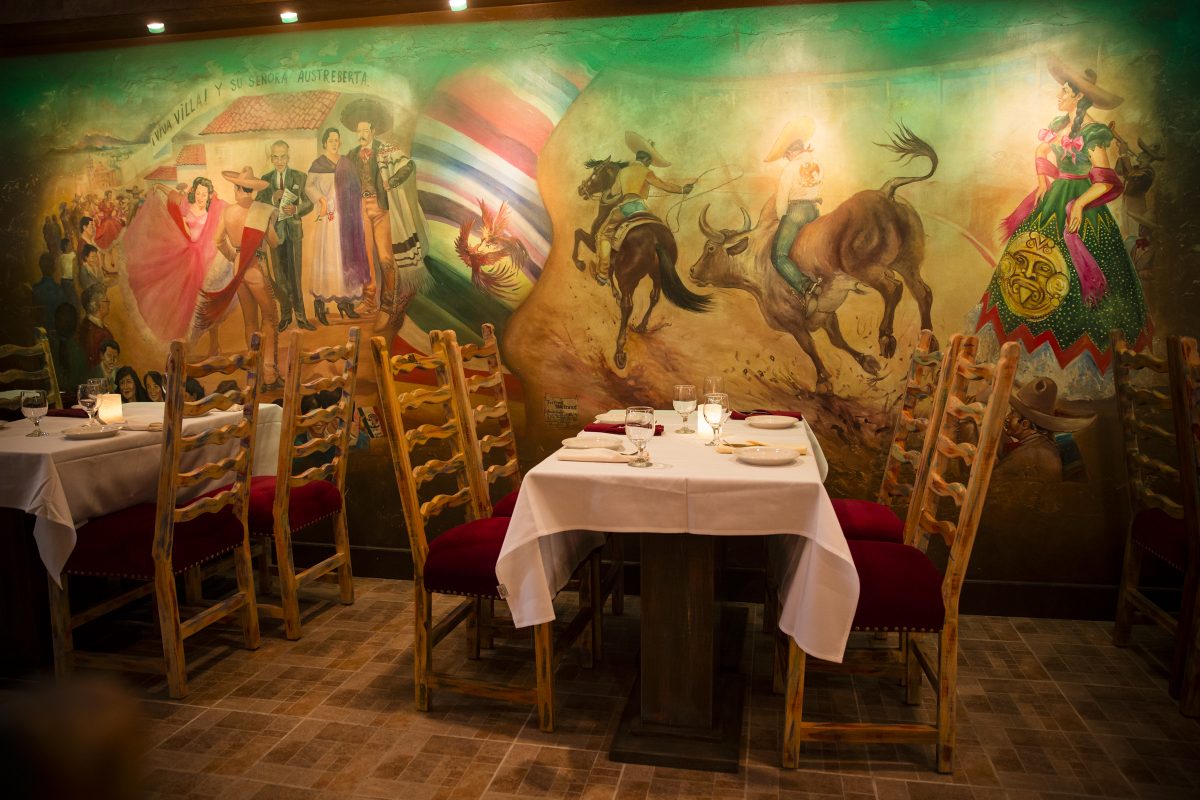 You have to hand it to a Mexican restaurant that isn’t afraid to offer cactus in its dishes. Although cactus in edible form is ubiquitous in Mexico, here in New York it’s rare to spot it on a menu.

“In the U.S., they think it’s weird when you say cactus salad. But it’s the healthiest vegetable in the world,” said Jorge Galicia, executive chef of Mexican Festival, on the Upper West Side. In Mexico, he explained, it’s used for anything from stabilizing blood sugar levels to anti-cancer treatments.

Galicia serves cactus with a grilled rib-eye steak, along with green onions and a sauce of pasilla chilies, or with slow-cooked, tender beef, with roasted jalapeño.

He even makes a cactus salad, a popular dish in Mexico. It is pleasantly bright, acidic with a healthy dash of lemon juice, a good complement to some of the heartier dishes. Once upon a time, the texture of the insides of the cactus strips, which is gelatinous, might have put off some diners—but along with some queso fresco, red onions, tomatoes, and cilantro, its coolness is refreshing. ($10)

Tasting MexicoGalicia has spent years traveling through his native Mexico, eating and cooking different regional specialties. And wherever he has gone, he has avoided restaurants.

“I go to the mercados [markets], looking for something 100 percent homemade,” he said.

What he has brought back to Mexican Festival, a restaurant on the Upper West Side not quite a year old, is a curated short list of different specialties from across Mexico.

Of course there are the standards, such as guacamole. Served in a traditional stone mortar, it is, most importantly, fresh, and secondly, well-balanced—a parade of successive flavors: first, bright notes of lime and cilantro, then a hint of savoriness, and a final unexpected, but pleasant, touch of heat.

The tomato salsa, which accompanies the tortilla chips, is properly complex, with a mellow sweetness that comes from grilled tomatoes, jalapeños, and garlic. It’s a fine detail to take time to grill tomatoes for such a small thing as salsa, but telling of the care that Galicia puts into his food ($11, guacamole, tomato salsa, and tortilla chips).

His own penchant is for dishes from the Yucatán, on the northern end of that arm of Mexico that juts out into the Caribbean, which is replete with steamed dishes, slow braises, and tropical ingredients.

His Cochinita Pibil, topped with kick-in-the-pants spicy habanero-pickled onions, is a rich and tender, slow-roasted pork dish ($23, with cactus salad and corn tortillas). The dish is Mayan in origin; “pibil” means buried, as the dish used to be cooked in a pit. Time, and a citrus marinade, account for the fall-apart texture.

It is served with a cactus salad, which offsets its richness well.

From the Sonoran north, there are sizzling fajitas, with a sweet medley of yellow, green, and red bell peppers—simple as they come, and satisfying. ($16, chicken–$25, steak and shrimp, with rice and beans, and flour tortillas).

If there’s one idea Galicia wants to dispel about Mexican cuisine, it’s a reputation for unhealthy cooking.

But ingredients like cactus or tomatillos are vitamin powerhouses, he’d argue. “All the soups are almost fat-free,” he added, “People think our food has grease, but we don’t use that much. The stews look like they have grease but they don’t.” He favors slow cooking, or else grilling or broiling—nothing is pan-fried.

He turns a popular street snack into a salad (the ensalada callejera, $10), a medley of carrots, cucumbers, fresh mango, topped with chili and lemon juice. “It’s a snack, like here, ‘Let me get a hot dog,’ there it’s, ‘Let me get a callejera.'”

The relative healthiness of the dishes can’t be extended for desserts of course, but that could be said almost anywhere. Try the Imposible Cake ($9), named as such, because the layers of chocolate cake and flan are difficult (or maybe, “impossible”) to cook through at the same time.

Rustic MexicoMexican Festival has more than 100 seats, with an expansive and rustic feel, with caramel-colored tiles, and honey-colored tables and chairs, streaked with colorful hues. Despite the number of seats, there are enough nooks and crannies to feel intimate, including a light-drenched alcove.

Glazed vases, in the white and blue patterns from Puebla, lend a pop of color. Look for the mural by artist Raymundo Cobo.

Ranchera music adds to the atmosphere, while a mariachi band takes requests during evenings, from Wednesday to Saturday.