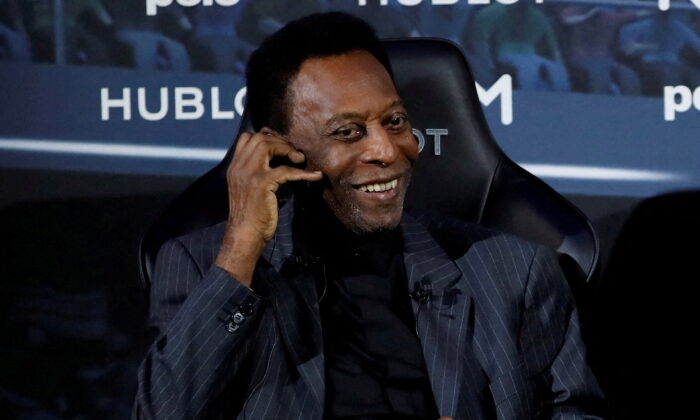 Brazil’s Pele Back in Hospital as Tumour Treatment Continues

SAO PAULO—Brazilian soccer great Pele returned to hospital on Monday as he continues to receive treatment for cancer, Sao Paulo’s Albert Einstein hospital said in a medical note on Tuesday.

Edson Arantes do Nascimento’s clinical condition is good and stable, and he is likely to be discharged in the next few days, doctors said, using Pele’s full name.

The 81-year-old had a tumour removed from his colon in September 2021 and has since been in and out of hospital for treatment on a regular basis.

Widely considered one of the greatest footballers of all time, the former Santos, New York Cosmos and Brazil player has suffered a series of health issues in recent years, including hip surgery that left him with recurring pain and trouble walking unaided.

In February, Pele was admitted to hospital for a round of chemotherapy when a urinary infection was identified, keeping him in longer than was planned.

By Peter Frontini and Gabriel Araujo