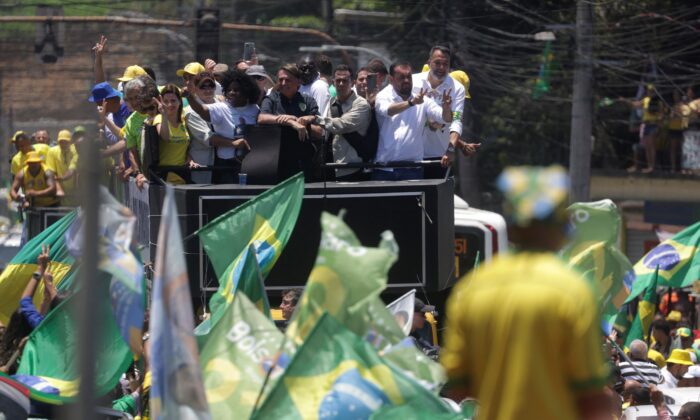 BRASILIA—Brazil’s President Jair Bolsonaro plans to appeal to the Supreme Court over a national electoral authority ruling that rejected his campaign’s complaint about radio station ads, three days before a runoff election vote on Sunday.

“We will take this to the last consequences, within the limits of the Constitution, to uphold the findings of our audit,” the conservative president told reporters late on Wednesday.

He said his lawyers would file an appeal against the Superior Electoral Tribunal (TSE) that threw out a complaint by the president’s campaign that radio stations have been giving more spots for ads by his rival former President Luiz Inacio Lula da Silva.

In its ruling on Wednesday, the TSE asked Brazil’s top public prosecutor to investigate the possible intention of the Bolsonaro camp to disrupt the election in its final days.

Lula said the ads claim was a sign of despair and put it down to the incompetence of Bolsonaro’s campaign handlers.

Opinion polls this week show Lula is leading by 5 or 6 percentage points and Bolsonaro has not managed to narrow the race in its final week.

Bolsonaro’s allies accuse pollsters of systematic bias against the president, noting that he won nearly 10 percentage points more in the first round of voting on Oct. 2 than polls had shown during the campaign.

The president has repeatedly criticized the country’s electronic voting machines for allegedly being open to fraud, without providing evidence.