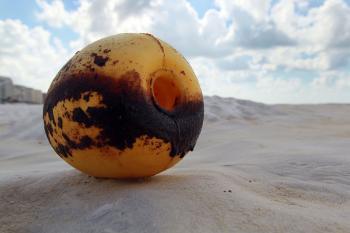 The Gulf oil spill in April created a frenzy of reports recounting the devastating effects on the real estate market in local communities near affected areas. Sales in certain areas stagnated while many were left with countless canceled beachfront rental properties. Below are two examples on the impact felt by two counties on the Gulf Coast.

Q: How has the oil spill affected real estate in your local area?
A: When the oil spill occurred on April 20th, 2010, our tourism for the Alabama Gulf Coast was dramatically affected. Rental reservations were canceled for May and June. We saw 50 percent-plus fewer tourists in the gulf coast area of Baldwin County. This, however, does not mean just those beach towns (Gulf Shores, Orange Beach, and Ft. Morgan) were the only ones hurt. When the tourist doesn't come down, the hotels, gas stations, restaurants and shops that those tourists visit or stop at on the way here, lose revenue.

When you look at May through July, however, our phones stopped ringing, there were fewer walk-ins due to fewer people here, and those buyers that our agents were working with told them they were going to wait until this oil spill stopped and they could see what will happen. There were [also] several contracts that were set to close where buyers backed out due to the oil spill. That was a lost sale for the homeowner and the real estate agent.

One big effect was on condo sales. With reservations canceled and the future of rentals up in the air, investors or buyers for those condos who depended on the rental income to help offset the costs, were delaying or canceling their plans to purchase a unit.

Q: What do you think the long term impact will be on the market?
A: It is hard to say, but we do know from surveys of our members, that business has picked up since the Jimmy Buffet concert and even more so after the "cap" was placed. We still have oil coming on our shores and in our waters, but people are interested again. Buyer confidence is up.
The good news is that more people than ever have heard about the beaches of Alabama. Although some negative, it still brought attention to our area and we have many people wanting to learn more about it. What we have seen in the past is roughly a three-year process for a new visitor. Year one, they come to the area as a new visitor and say they want to come back. Year two, they like it and consider purchasing, may look at a few condos. In year three, they make the decision to purchase a place rather than renting.

I believe now that the oil has stopped, people will watch but I believe as time goes on the market will return to pre-spill levels. We still have other issues to face that were here prior to the spill: lack of insurance, foreclosures, and [difficulty] to finance condominiums.

Q: How has the oil spill impacted the local community in general?
A: It reminds me of when a hurricane hits. Although no one has ever dealt with this before, the community is really working together. The mayors of Orange Beach and Gulf Shores have done a fantastic job of keeping the public aware as well as being huge advocates for this area to be made whole. It is rough for many, but everyone understands and is feeling the pain. The community is really encouraging people to file claims with BP.

But, when you have a tourist town that thrives on revenue earned between Memorial Day and Labor Day and that revenue is cut in half or more, it really affects things. There have been layoffs, businesses closed and companies (specifically fishing-related) that have been here for generations threatened to shut their doors. The revenue earned from tourism not only affects those businesses, but those employees start spending less and the cities lose a lot of revenue from sales tax. The state of Alabama as well; about one-third of the state budget is based on revenue earned on the Gulf Coast. We will definitely see the effects of this next year at the local and state level.

Q: How has the oil spill affected real estate in the local area?
A: The oil spill has caused people to hold off on buying property. To what degree is a little hard to quantify but it has had an impact.

Q: How has the oil spill impacted the local community in general?
A: Fisherman (commercial, guides and recreational) and the related industries are the hardest hit. Just the overall mindset of everyone in the market is impacted.