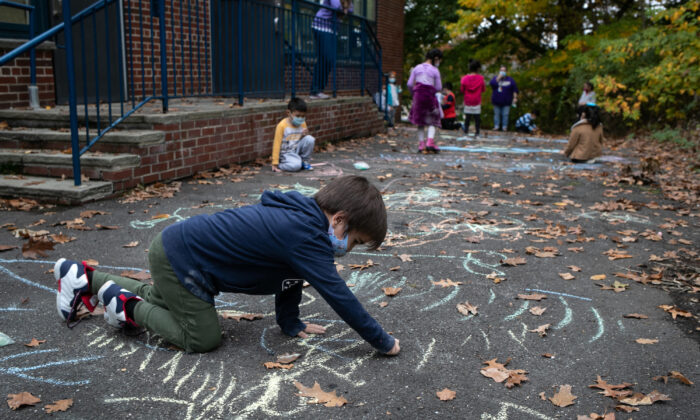 Boys Are Falling Further and Further Behind Their Sisters: Should We Care?

There is a growing gender gap in higher education. According to the latest figures from the National Student Clearinghouse Research Center, as of spring 2021, women accounted for 59.5 percent of students attending colleges and universities nationwide. Among four-year private colleges, women now account for 61 percent of all students. Both figures represent new records.

Douglas Shapiro, executive director of research at the National Student Clearinghouse, told The Wall Street Journal earlier this month that if current trends continue, within a few years, there will be two women graduating from college for every one man.

Well, so what? In 1970, men accounted for 58 percent of students attending colleges and universities, and there was no great outcry back then about the gender imbalance. Why should we be concerned now that the pendulum has swung in the other direction?

I think there are good reasons for concern, which can be summed up in three words: “educational assortative mating.” Educational assortative mating means that if a woman has earned a four-year degree and she is looking for a husband, she will usually choose a man whose educational achievement is equal to or greater than her own. Fifty years ago, if a man earned a four-year degree and was looking for a woman to marry, he might have many qualifications in mind for his future wife; but educational attainment wasn’t one of them.

This problem isn’t confined to the college-educated. I am a family doctor. A young woman in my own practice, let’s call her Linda, has two small children. She has never been married. She has never attended college. I bumped into the father of her two children. He told me how much he loves Linda. He told me that he has proposed marriage, twice, and both times Linda turned him down. I asked Linda, as gently as I could, why she didn’t want to marry the father of her two children. She answered: “Dr. Sax, I already have two babies at home. I don’t need a third!”

At every level, not just among the college-educated, young women seeking a man to marry are looking for men who are at least as competent and hard-working as they are. But ever since the 1980s, boys’ academic achievement in high school has declined relative to girls, not primarily because girls are doing better but because boys are doing worse.

Marriage rates in the United States peaked at 16.4 per 1,000 per year in 1946. As recently as 1990, marriage rates were still 9.8 per 1,000. Right now, the marriage rate is 6.1 per 1,000: that’s the lowest on record, going back to the 1880s. Although many factors have contributed to the decline in marriage, scholars agree that one major factor driving the decline is the reality that many women want their husbands to earn more than they do. American women have always tended to prefer husbands who can earn more than they do, but the growing phenomenon of underachieving young men means that there aren’t enough successful men to go around.

Nevertheless, many women still want to have children. What is a woman to do, if she wants a child but she can’t find a suitable husband? Among women who have earned a bachelor’s degree or graduate degree, about one in four women age 32 to 38 weren’t married when they had their first babies, according to the latest survey published earlier this month, which the author, Andrew Cherlin, discussed on the Institute for Family Studies blog. That is more than a sixfold increase from 1996, when the share of unmarried women in that group was just 4 percent.

What is driving the rise in the numbers of unmotivated boys and underachieving young men? And what can we do about it? In my book “Boys Adrift,” I identify multiple factors that have combined to disengage boys and young men from hard work and academic achievement. The bad news is that these factors are pervasive. The good news is that parents who understand these challenges can arm their sons with the tools those boys need in order to fulfill their potential.

One major factor is the collapse of our culture’s construction of masculinity. A generation ago, Sam Cooke had a No. 1 hit song in which he admitted that he didn’t know much about history.

That song was characteristic of American popular culture in the 1960s and 1970s. That was an era in which the Beach Boys could advise young men to “be true to your school.” It’s impossible to imagine contemporary male singer-celebrities such as Bruno Mars or Drake singing about trying to earn better grades in school or about being true to their school. In place of Sam Cooke humbly admitting that he “don’t know much about history” but vowing to do better, we have Lil Nas X boasting in his Grammy Award-winning hit song that “can’t nobody tell me nothing / you can’t tell me nothing.”

That means that parents have to find positive male role models for their sons. That man might be a teacher, a coach, a pastor, or a family friend. If you’re lucky, the boy’s father can also be a role model. I also advise parents to immerse their sons in the stories of good men—men who embody the values we want our sons to learn. In “Boys Adrift,” I suggested the stories of the martyred Israeli Prime Minister Yitzhak Rabin, the German pastor Dietrich Bonhoeffer, and the Civil War abolitionist hero Joshua Chamberlain, among others.

In “Boys Adrift,” I also presented evidence that schools bear some of the blame for the disengagement of boys from education. American schools, with a few exceptions, have become unfriendly to boys. Boys doing things that boys have always done—such as pointing fingers at each other saying “bang bang, you’re dead,” or doodling a sketch of a sword—now often get into trouble at school. But reprimanding an elementary-school boy for chewing his pastry into the shape of a gun doesn’t change that boy into a flower child who wants to talk about his feelings. More often, such discipline results in a boy who says: “School is stupid. I’m gonna go home and play Grand Theft Auto, where I get rewarded for killing people.”

Parents need to find schools where teachers and administrators know how to create an environment that is friendly to boys without being unfriendly to girls. (For those interested, I offer workshops on how to do just that, based on my visits to more than 460 schools over the past 20 years.) Here are some tips on identifying a boy-friendly school:

Finding a school that is a better fit for your child may require moving from one state to another—as my wife and I did.

Most women want husbands who are their equals in motivation, work ethic, and achievement. Our culture now largely fails to motivate boys to work as hard as their sisters. That means that parents need to step in and do the work that the culture once did.

That’s a lot to ask. But it can be done.

This article was originally published by the Institute for Family Studies.