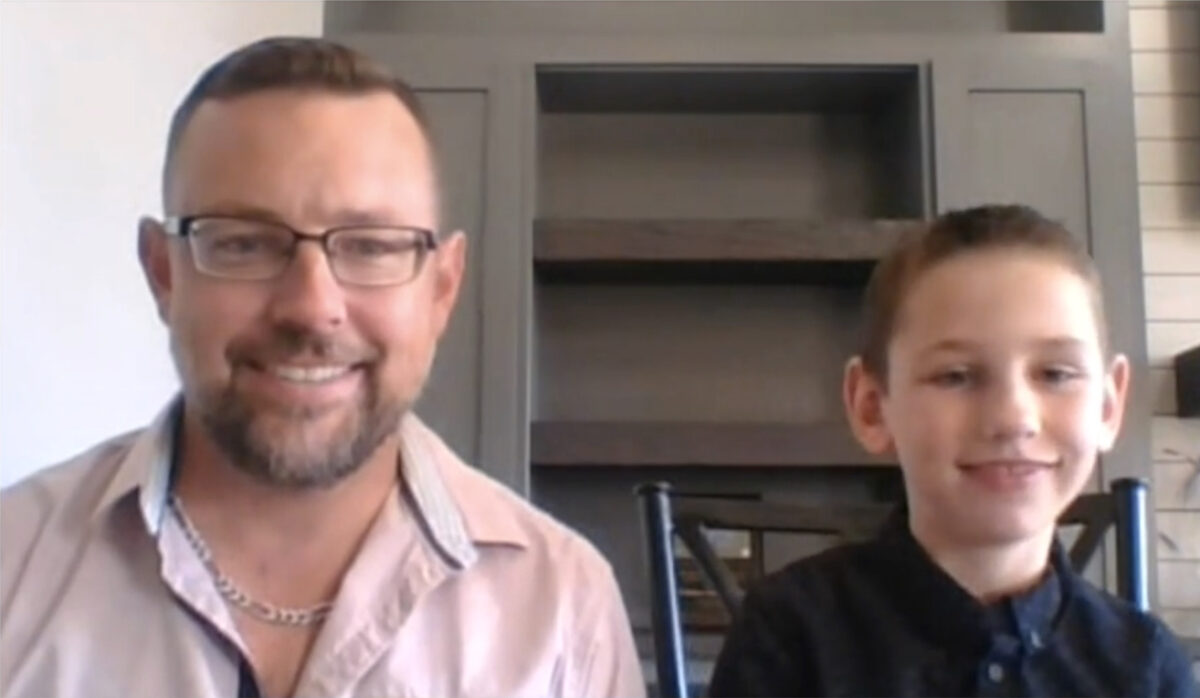 Boy Gifts ‘Whole Piggy Bank’ to Victims of Hurricane Ian: ‘They Need It More Than I Do’

The enormity of Hurricane Ian’s destruction has inspired people nationwide to search for different ways to support the victims of the major storm system that rolled in on Florida’s west coast last week.

Dominic D’Andrea, a 7-year-old boy, has moved many people in a now-viral video where the young man said he’s gifting all the money in his piggy bank to help those devastated by Ian.

“What are you doing with your piggy bank?” D’Andrea’s mother, Jaclyn, is heard asking her son in the 37-second clip posted on TikTok.

D’Andrea, holding onto his piggy bank, responded that he’ll send it to “people in need in Florida because they have a hurricane and their office is gonna go down and they need more stuff.”

“Their house might go down and they might have nothing,” the boy went on to say. “I am giving them my whole piggy bank jar!”

“I was really saving up for a Corvette or an electric scooter, but people need this,” D’Andrea explained, looking at his piggy bank jar while having a conversation with his mother.

D’Andrea, joined by his mother on “Fox & Friends Weekend” on Oct. 2, explained what led to the boy’s generous gift.

“It all started with a conversation Wednesday morning on the way to drop the kids off at school,” Jaclyn told the network.

“Dominic asked a lot of questions: Why I was so upset and what a hurricane was, and I kind of knew where his little mind was going when we got back home,” she added.

Jaclyn didn’t expect the video to uplift so many viewers and capture the interest of so many people, explaining that she only recorded the clip of her son holding his piggy bank to show her husband since he was at work at the time.

During the interview, D’Andrea revealed that he had amassed $200 in his piggy bank before making the donation.

“We’re going to buy supplies and donations at the store today,” the boy said.

Meanwhile, the FBI’s Tampa office wrote in a recent warning to Florida residents that people seeking to make donations to support Ian’s victims be cautious about potential fraud schemes that frequently follow hurricanes and other natural disasters.

“Watch out for scammers trying to use a natural disaster like Hurricane Ian to steal your money, your personal information, or both,” the FBI warned.

The bureau said it is recommending that would-be donors use established charities or trusted groups, be aware of groups with copycat names, be wary of new organizations soliciting donations, and be cautious when a charity or group asks for cash only.

Donating via check or credit card is preferable, the FBI said, while adding that groups that are asking for donations via “cash, gift card, virtual currency, or wire transfer,” are “probably a scam.”

The FBI’s Miami office also advised potential donors to “do your homework” before providing donations, adding that people can look into reviews of certain charities, state regulators for charities, and reports of charities at the Better Business Bureau.