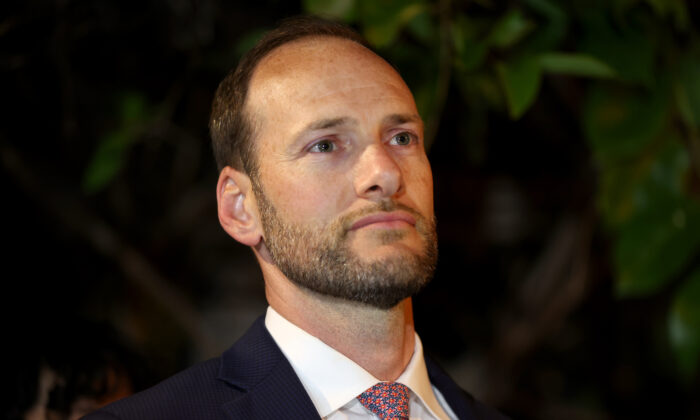 Even leftists don’t like to get mugged on the way to discovering the Walgreens closed because it was looted. San Francisco’s voters just ousted far-left District Attorney Chesa Boudin, son of convicted Weatherman murderer and terrorist Kathy Boudin, with 61 percent favoring getting rid of him.

Voters were reacting to the city’s soaring crime rate. This also was the second recent recall of radicals in Baghdad on the Bay. In February, voters recalled three leftists from the school board.

Showing he was a chip off his mother’s block, Chesa Boudin embraced the backing of Angela Davis, the 1960s radical. Davis is so far left that in 1980 and 1984 she ran as the vice-presidential candidate on the Communist Party USA ticket with unreconstructed Stalinist Gus Hall. The party was funded by the Soviet Union.

If you listen to Davis’ rhetoric, it’s still tinged with the old-style Marxist “class warfare” rhetoric long ago abandoned by most of the left in favor of the latest Cultural Marxist fads. She also retired from the University of California, Santa Cruz, with a fat pension backed by your tax dollars.

Boudin’s loss contrasts with the large re-election victory of District Attorney Todd Spitzer in Orange County. He beat progressive attorney Pete Hardin, 64 percent to 19 percent. Because he got more than 50 percent, Spitzer will not face a runoff.

As I wrote in The Epoch Times in February, “A race to look out for is Orange County’s district attorney. … Spitzer is running for re-election … contending he has kept OC safe while crime has soared in Los Angeles and San Francisco under lenient DAs. His opponent is attorney Pete Hardin, a former U.S. Marine and federal prosecutor. … Spitzer accuses Hardin of being one of the ‘soft-on-crime’ types…. It’s part of an inevitable national backlash against recent left-wing policies that includes the election of Republican Glenn Youngkin as governor in Democrat-dominated Virginia.”

The recall likely will be on the November ballot. The campaign has collected 500,000 signatures and needs another 67,000 more by July 6 to qualify. Gascón, oddly, was San Francisco’s DA from 2011-19 and did more than Boudin to destroy that once beautiful and charming city by turning it into a crime-infested hellhole.

Unfortunately, lost in the recall discussion is the continuing need for real police reform. Yes, we need police. And the “defund the police” movement since the George Floyd riots two years ago has been foolish, leading to record increases in crime. But the opposite reaction also isn’t good.

At little more than a year ago, the public employee unions, especially the Association of Orange County Deputy Sheriffs twice defeated John Moorlach, first in his state senate re-election; then to reclaim his old seat on the county board of supervisors. His “crime”: pointing out their pensions were unstable and could go broke without reforms. In the senate, I was his press secretary.

He also had demanded reforms of police and sheriff procedures in the wake of two horrific acts of police brutality. One was the beating to death of Kelly Thomas, a homeless man, in Fullerton in 2011. The other was the shooting in 2012 of off-duty U.S. Marine Sgt. Manuel Loggins Jr. in San Clemente as his daughters sat in the car.

There has to be a balance between, on the one hand, giving the police the authority they need to arrest criminals, with prosecutors doing their jobs of putting the criminals on trial—and, on the other hand, making sure the police themselves don’t become a lawless mob.

For some reason, California never seems to achieve that balance, instead flipping from “soft on crime” in the 1960s and 1970s, to a “crackdown” during the crack-epidemic 1980s and 1990s, to today’s Boudin-Gascon laxity, to whatever comes next under tougher DAs.