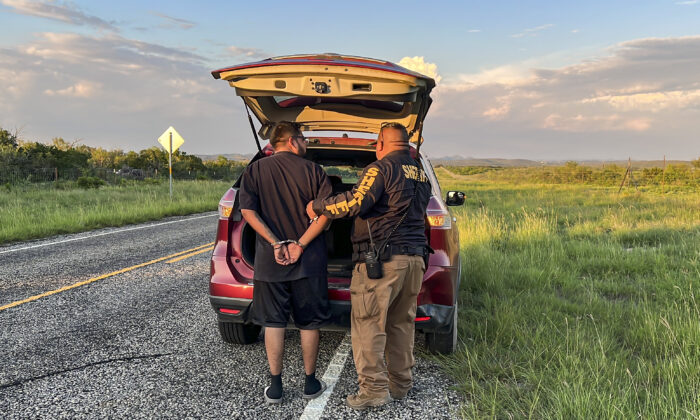 Border Patrol agents encountered 98 illegal migrants, a record high, whose names were on the terror watchlist at the southern border in fiscal year 2022, according to U.S. Customs and Border Protection (CBP) data.

The terror watchlist numbers coincide with record numbers of migrant encounters at the U.S.-Mexico border. U.S. Customs and Border Protection (CBP) encountered an all-time high of nearly 2.3 million migrants at the southern border during the October 2021 to September 2022 time period.

There’s also been a nearly 600 percent surge in “special interest migrants” who come from countries where terrorist organizations are known to operate, according to internal data exclusively obtained by the Daily Caller News Foundation.

“Anybody that doesn’t think that serious threats to this country are sneaking in right now is naïve,” former Border Patrol Chief Rodney Scott told the DCNF at the time.

“There is no question that we have to do what the president and I asked Congress to do. The first request we pass a bill to create a pathway to citizenship. The border is secure, but we also have a broken immigration system and particular[ly] over the last four years before we came in and it needs to be fixed,” she said on NBC News’ “Meet the Press.”

CBP didn’t immediately respond to the DCNF’s request for comment.